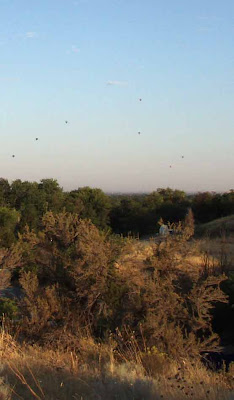 balloons floating over the city.

we met a guy with 3 bird dogs- the youngest being a wirehaired pointer puppy (probably 8 months old or so). he told me to let echo go & teach the puppy a lesson b/c he needed someone to knock some stuffing out of him. didn't do it. halle chased a little, but we went on.

a ways down the trail the puppy came charging up. owner was walking the other direction, and presumably fairly far down the path. we kept going, hope the pup got back. at least he had tags on. pretty sure any poop that dogs leaves isn't getting picked up by the owner- and he could be harassing wildlife, etc... 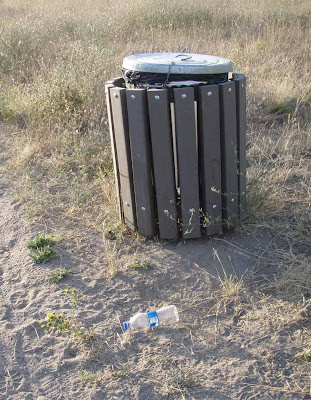 this is really ridiculous. water bottle right by the trash can. maybe the person didn't know they dropped it..... 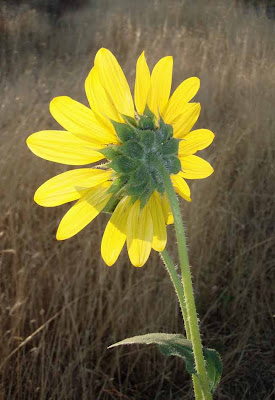 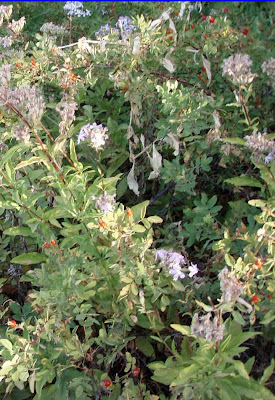 love the sunflowers, especially the light through the petals (you may have noticed). the tangle of phlox, clematis seed heads, rose hips by the stream was really pretty. 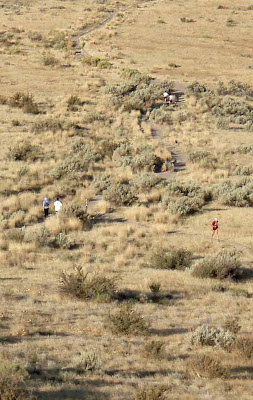 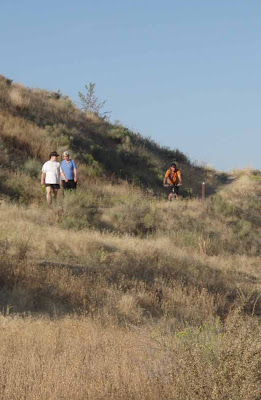 it got busy on the way out. nice thing about mr is the visibility and the trail options. lots of loops & spurs, you can avoid meeting up if you want to. the mt. bike rider was really good. watched one before him pass these women on the left, but this guy rode slowly behind him. when they realized he was there, they stepped off the trail, which he thanked them for, but told them it wasn't necessary. 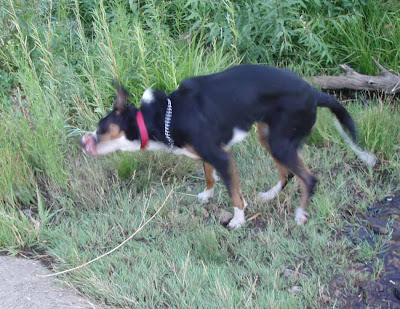 a bit of water still in cottonwood creek. we're legally off leash here- this is the end where it goes out to the concrete area.

be good for the enforcers to spend some time in the dog park & the trails right behind. picked up a bag of opp right near the bottom of the stairs in the dog park. don't get it, but there it is.

have a great sunday all!
Posted by marianne at 9:48 AM