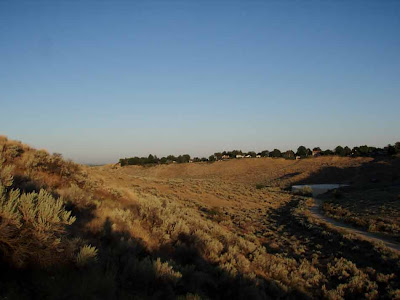 another beautiful morning! it's so nice that it's cooler- just wish the sun wasn't coming up so much later.

lots of people out today. 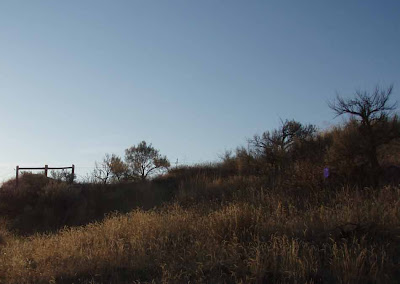 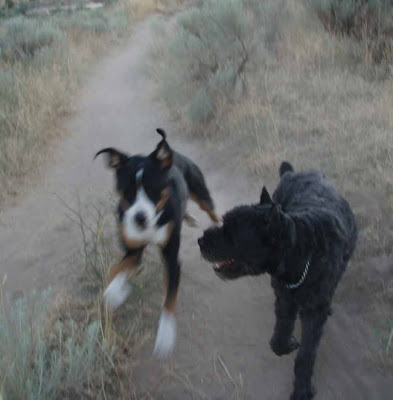 halle was full of it, getting her yayas out, zooming up & down the trail and begging echo to play. it makes me smile. 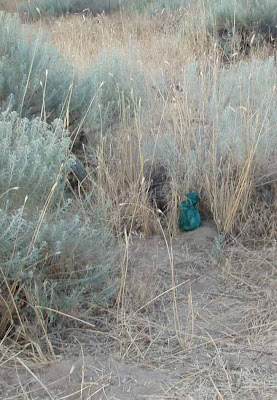 saw this bag on the way in, left it, as i generally do now, to see if it was still there on the way out. it was. been seeing a lot more of this- bags full of poop, not tied (what is THAT about?) and well off the trail.

don't know if these folks think someone is going to pick up after them (which is a thought we all reinforce by doing exactly that to keep the trails clean and maintain access). maybe we need to add something about packing it out on the bag dispensers?

dogs leashed where they should be (mostly, except the yellow lab with the guy with the baby carriage- have seen him there most mornings this week.) our practice walking by and not having to visit is paying off. as is my intent to trust echo and halle to do what i tell them instead of getting nervous. we walked right by several groups of dogs and they kept going because i kept going. they sat & stayed nicely when the hound escaped his mt bike owner & came trotting over. we saw the guy echo & i met yesterday, and he leashed his dog up to go by and was very nice. 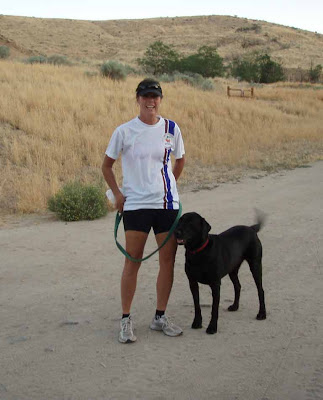 susan and kaehne (susan- hope i got that right- it was before coffee)- look at that tail go! 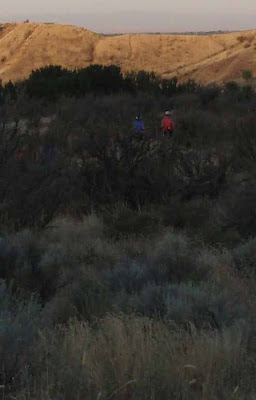 have a great weekend- we are headed for the hills, hopefully i can get tracy or paula to post, otherwise be back monday-
Posted by marianne at 8:56 AM