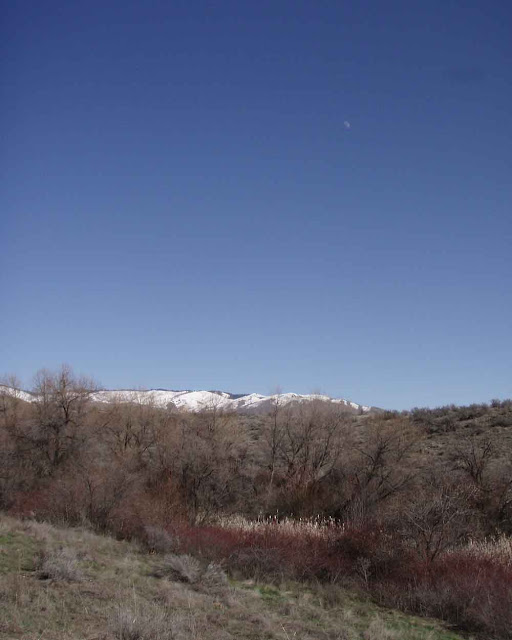 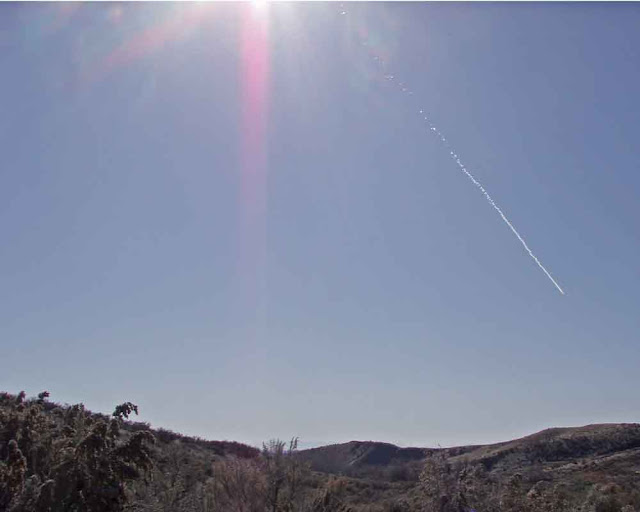 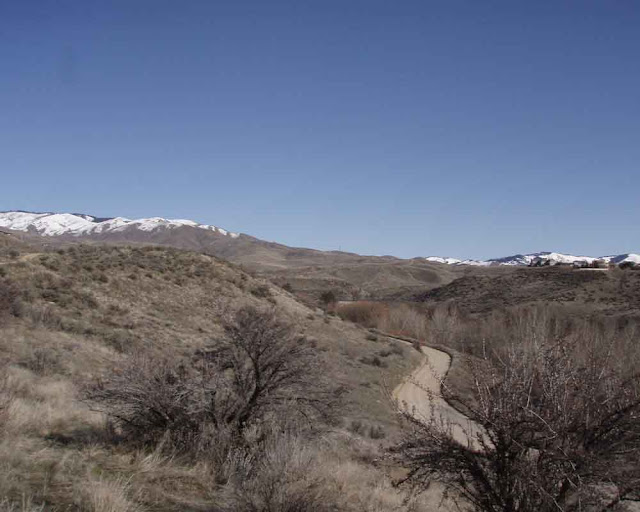 A week ago, poop piles were tagged with sprinkler flags, as they have been for the past 3 years. R2R also puts up signs noting the number of piles not picked up as an educational tool. Today the flags and signs (along with a nearby  "stay off muddy trails" sign) were pulled out and in the trash.

It looked like poop had been picked up too, which is good, but really, what's the point behind throwing away the signs? be more effective to leave less poop. reminds me of people stealing/vandalizing the leashes when we had them there. i don't get it.

blue sky! at least for a little while 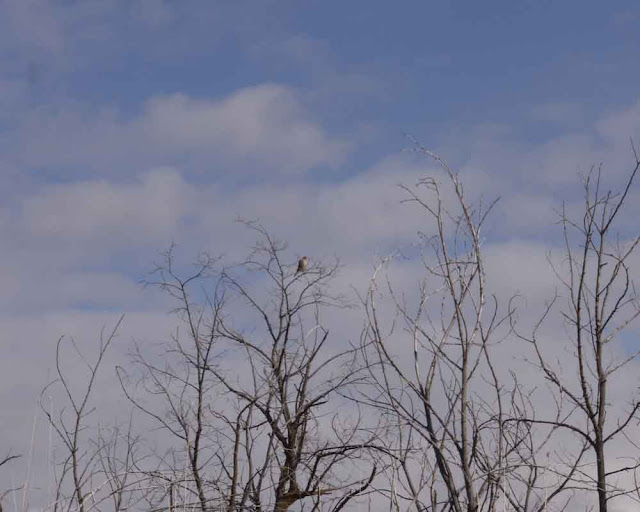 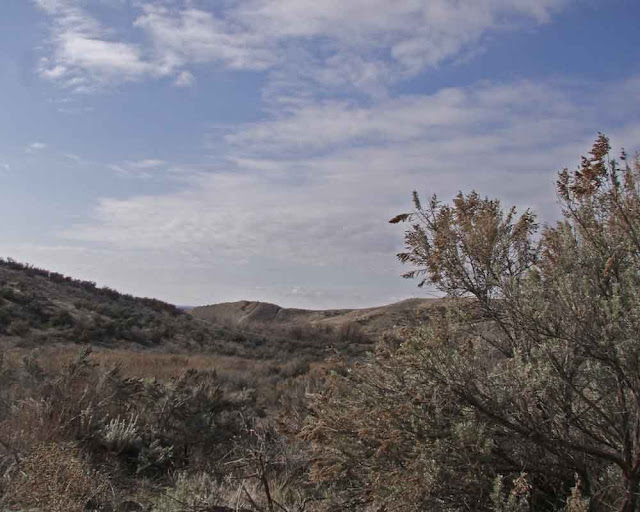 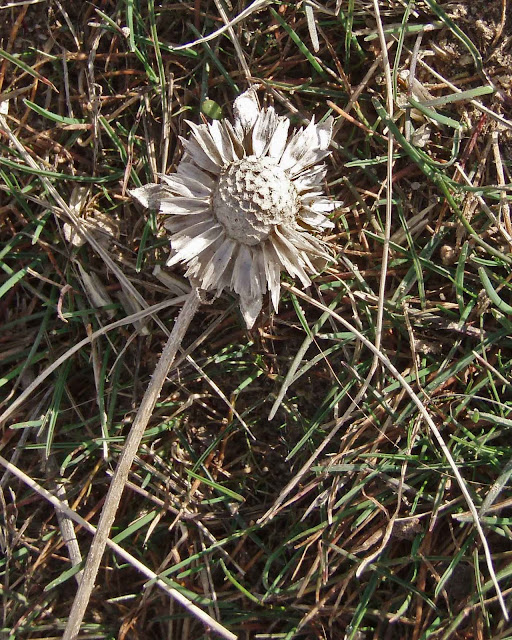 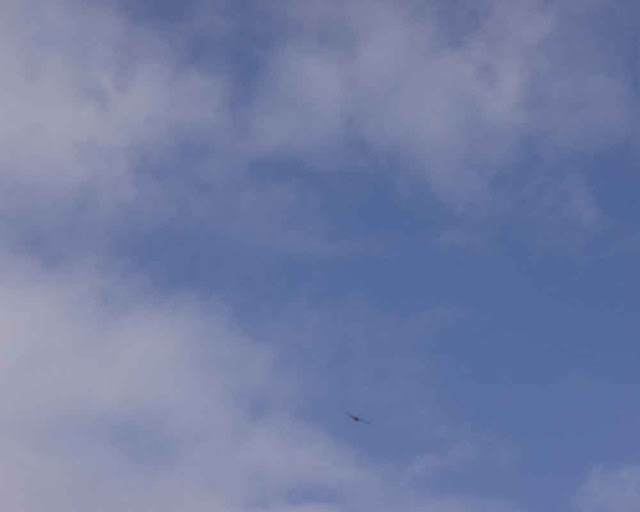 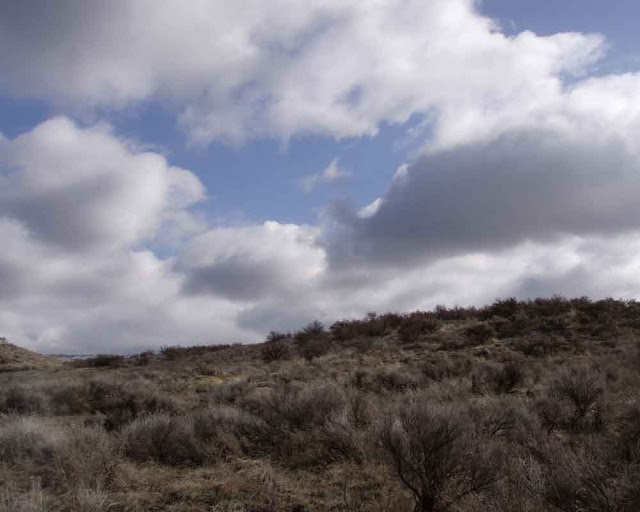 Posted by marianne at 5:02 PM No comments:

why flagging happens in february 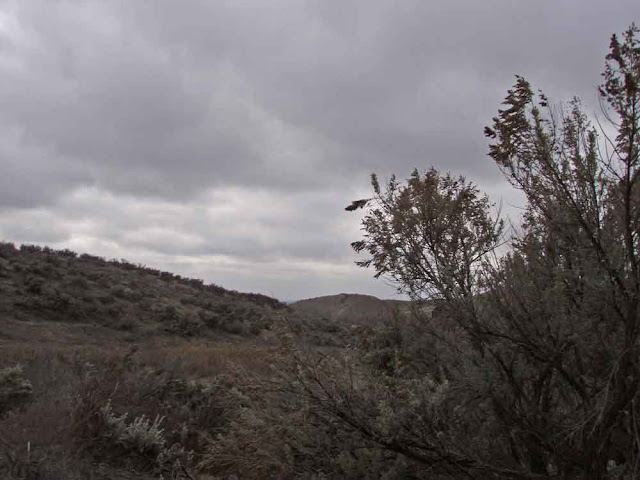 i've had a few comments about how people can't get out & clean up the trails when they're muddy, so why is this the time of year that poop is flagged? here's the explanation:

"In regards to the flagging, it was started 2 years ago when we had the dog working group meeting during Jan, Feb and Mar. Jim suggested using flags to see how big the problem was at different trailheads and to provide a visual to the general public and media about the extent of the problem. Since we had that data, we figured we might as well revisit it annually so as to see if there is any ebb and flow. As you may remember last year it was way better at the lower hulls trailhead, about the same at Table Rock and worse at Corrals compared to the previous year."

of course, last year it was cold enough that the trails were frozen & usable in the mornings. we'll see how the count looks this year. i have to say that i think things have been worse on the trails i use since this fall. i hope that i'm proved wrong.

again, thanks to everyone who helps out on a regular basis- i know that there are lots of you out there.
Posted by marianne at 8:06 PM No comments:

we went up 8th street today on the theory that there's not much that can be done to trash the road. which is true- it's pretty far gone anyway. the lower gate is now closed. 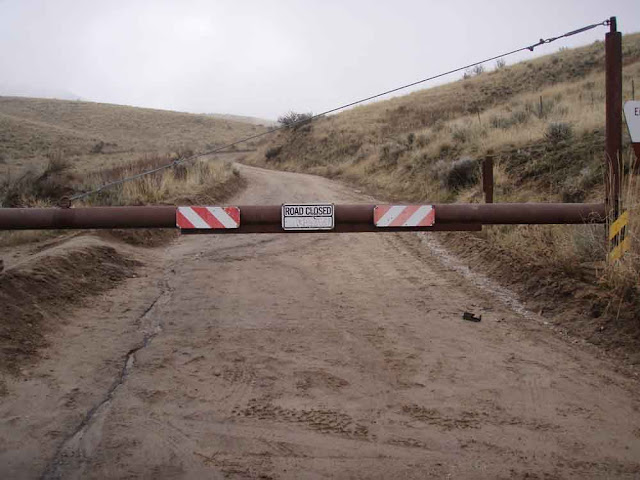 this is how the road looks above the second gate. bit of a run off problem. 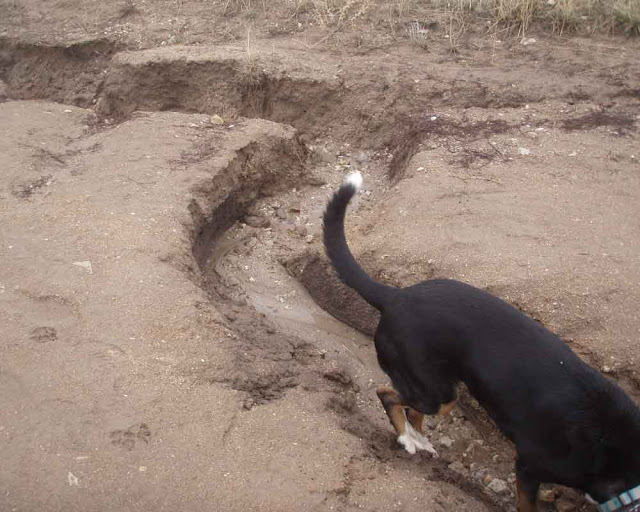 it was a beautiful walk- very calm & peaceful and like walking through clouds, everything muted. 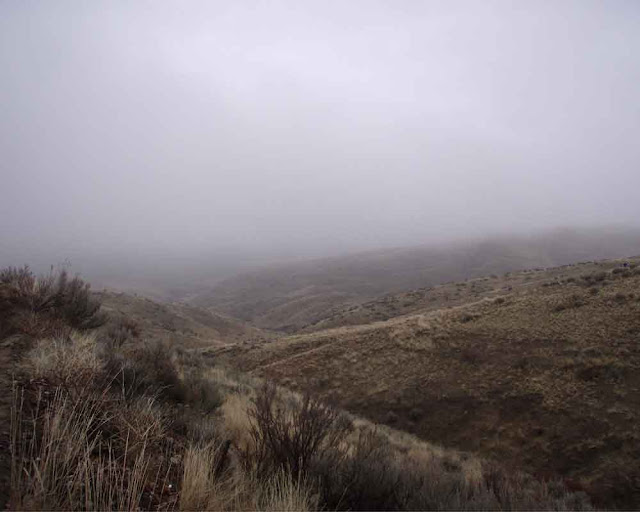 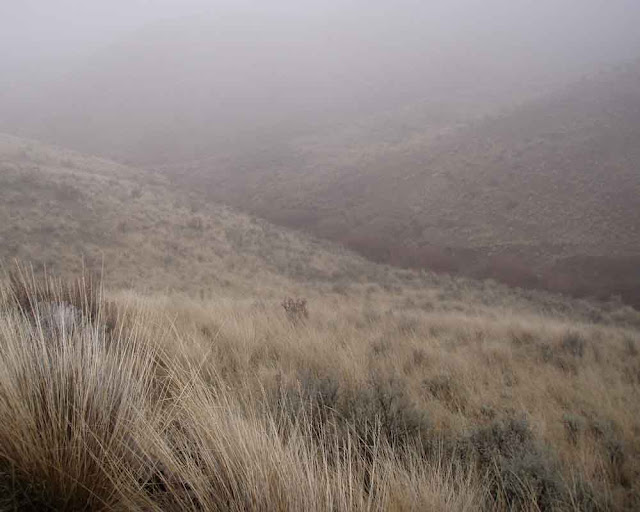 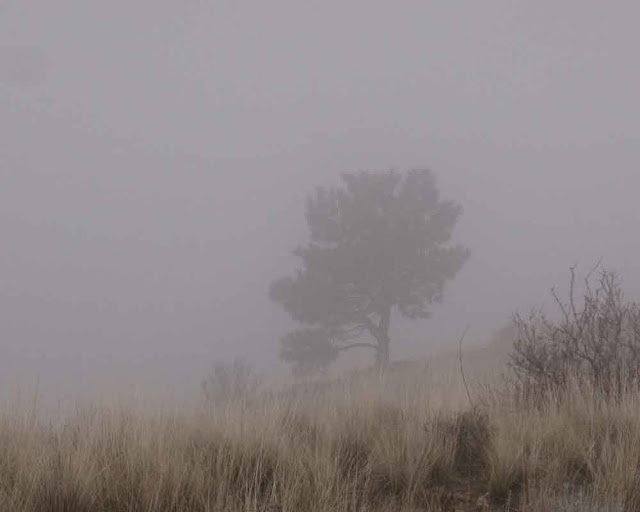 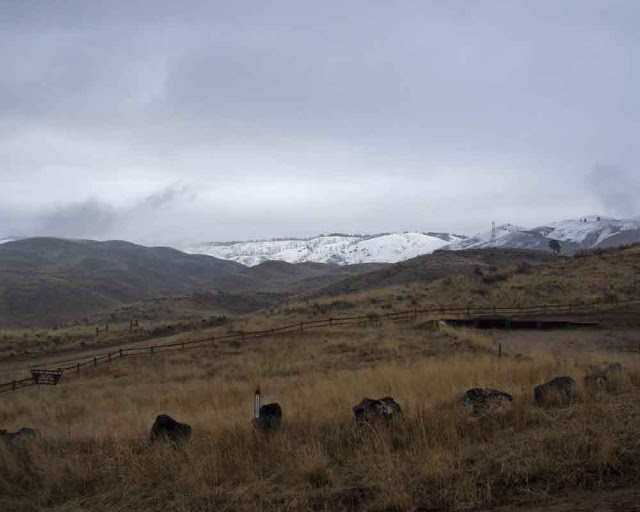 got some clean up done too- this from the parking lot by the interpretive trail. 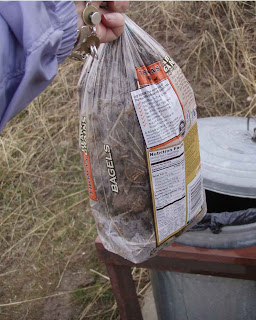 this from the upper hull's gulch parking lot. 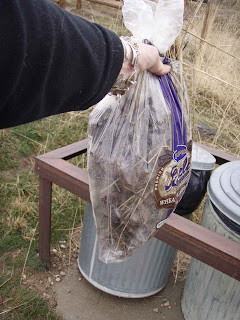 of course, dog owners aren't the only ones to leave behind souvenirs. 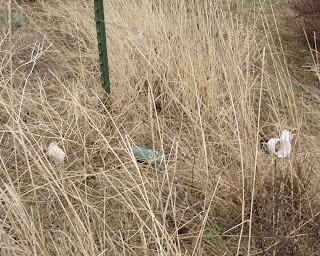 remembering to be thankful

today was a challenge from the get go. one of those days where every task took 4 times longer than it should and there wasn't going to be enough time in the first place. started work early and finally realized i had to get out & clear my head.
after my b-a-d dogs pulled me down trying to say hi to a golden who was walking by (operator error, i took my attention off of them for just a minute) i decided that today was probably not going to be the day to brave the gauntlet of 4 labs (3 black, 1 yellow) and a few assorted other dogs and their owners having a party smack in the middle of red fox. echo can tell when i'm grumpy and tense and it makes him edgy too. go figure.
so instead we went backwards through the scary woods. and lo and behold, it was quiet and peaceful and there were birds chirping and the magic combination of exercise, fresh air and nature began to work its magic. 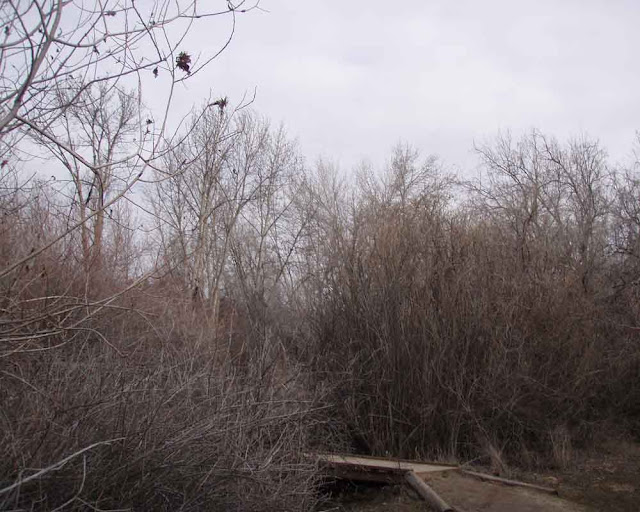 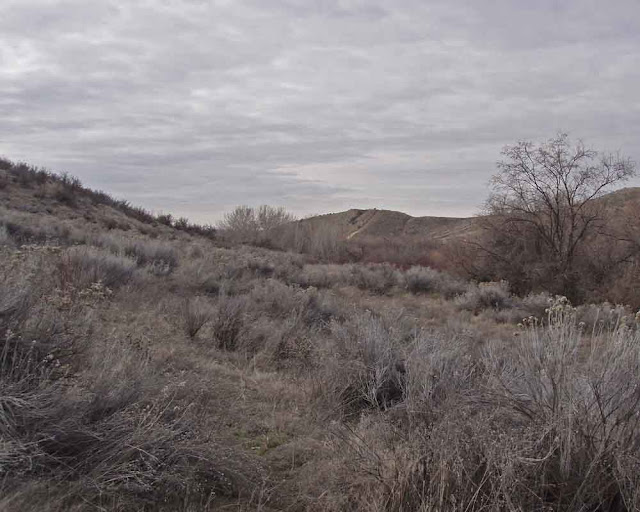 the trails look better than they have for some time- much less opp, which greatly improved my mood.

as did the red tailed hawk soaring in circles overhead. 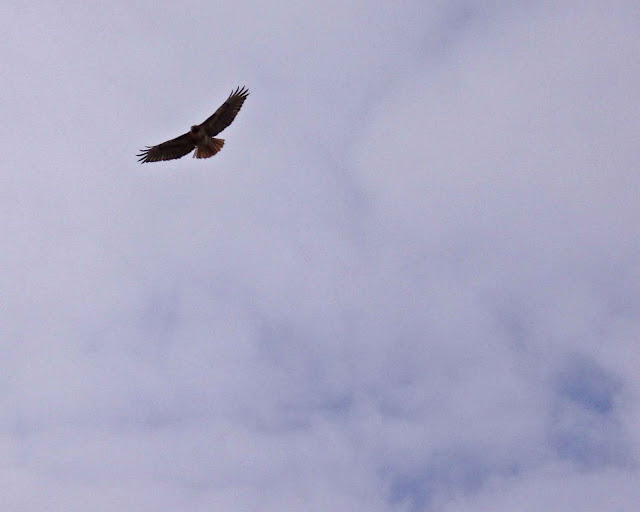 happy trails
Posted by marianne at 6:17 PM No comments:

what a beautiful day! 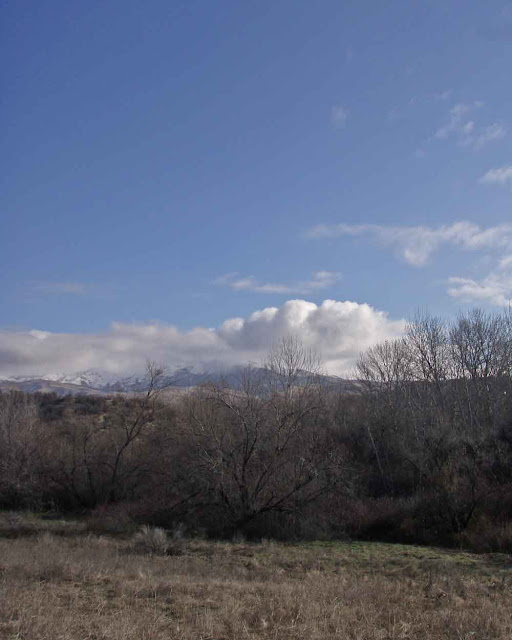 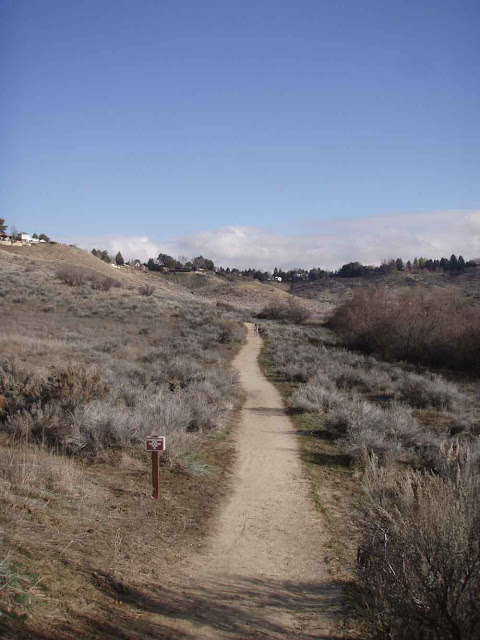 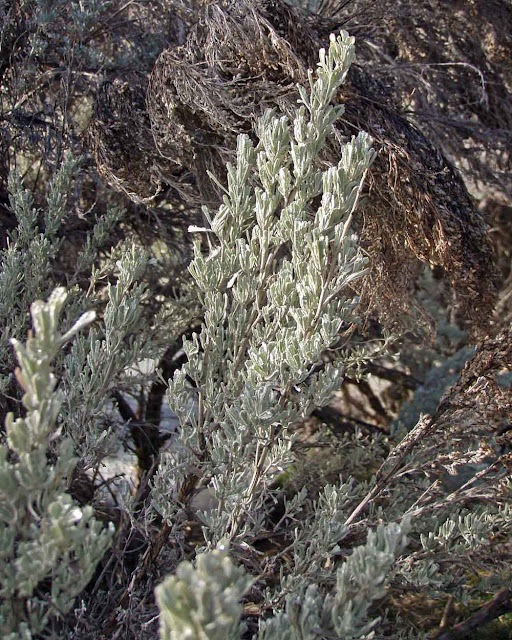 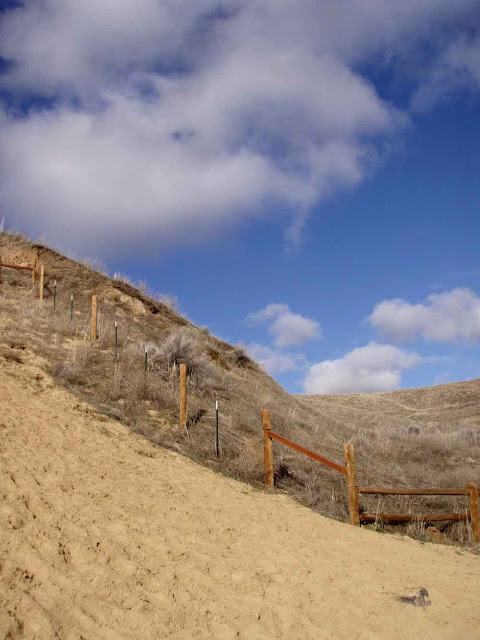 Posted by marianne at 9:28 PM No comments: 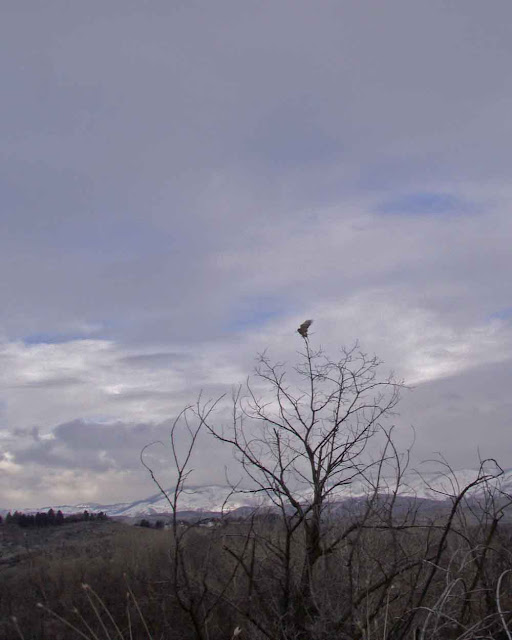 so tired of this wet gray stuff! we got out later in the afternoon yesterday, and although it was too wet to be using chickadee we saw plenty of people doing it anyway. and plenty of opp laying around. i have been on move quick and get back to work excursions lately, and haven't had time to clean up after the slobs, but need to do so soon.

on our way out on the on leash trail, saw a woman sitting on the ground & a loose dog. stopped. when she looked at us i asked to not to let her dog run up. she replied that she had just sprained her ankle and i said i'm sorry and stood there. she corralled her dog.

a group of runners came in with their dog off leash & she told them that i wanted their dog leashed. what i wanted was for loose dogs not to run up to my leashed dogs, but that worked. as i walked by, i asked the woman if i could call anyone for her.

she asked "what do you do with your dogs on the off leash trail?" when i explained that we were on the on leash section, i was following the rules, loose dogs and leashed dogs don't mix she allowed as to how that made sense.

here's the thing, though- the trails are off leash under control. that means that owners supposedly can control their dogs and keep them from running up to other dogs or people. so it really shouldn't be an issue.

i've had people whose rude dogs have charged us be apalled when my dogs back them off, so i find it better to just stay as far away from other dogs and dog owners as possible unless it's someone i know.

i think i need some sun.
Posted by marianne at 6:33 AM No comments: