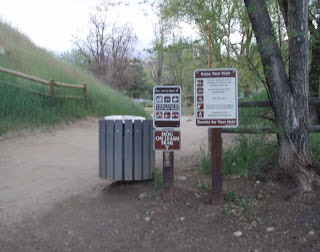 i thought about it after my post yesterday, and sure enough i was wrong about a sign into the reserve from camel's back. it's just sort of hard to see because it's so low.

not sure what the answer is to having things easy to see and not being obtrusive. 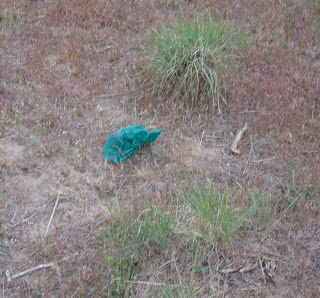 this open full of poop bag was laying by the trail on chickadee ridge. in my experience, most people do that trail as a loop, so i would be surprised if it was there to pick up on the way out.


here's the deal- there is no one coming after us to pick up. i've had people ask why parks doesn't just hire more people to pick up dog poop. the answer is- because it's our responsibility!

if we own dogs, we clean up after them. it's part of owning a dog, like exercise and training and feeding them. i get mad when i see dog poop in my front yard, on the sidewalk, on the street or by the trails. i clean up after my dogs and expect everyone else to do the same. 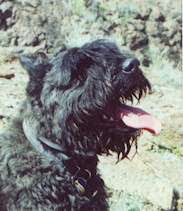 very few of us were toting bags and picking up poop 15 years ago. it didn't seem to matter so much because there weren't as many people. i used to take tara (who had zero recall, got into a rattlesnake mousing in the owyhees, chased deer on the south fork and disappeared for an hour or two- and who lived the second half of her life on leash because of those things) to military reserve because we never saw anyone else there and i didn't need to worry as much if she didn't come right back.

it was clearly dangerous (and scary) not to have better control. it was hard to admit that she really needed to stay on leash or tied up, but she was unpredictable. not wanting to go down that road again, things are different with halle and echo. we're conscious of being polite trail companions and keep working on getting better at it.

guess i felt the need to tell that story because i know how hard and scary it is to have an unpredictable dog. loved her to death, but it was safer for all of us to keep her leashed. she taught me a lot though, and i'm a better dog owner now.
Posted by marianne at 7:25 AM