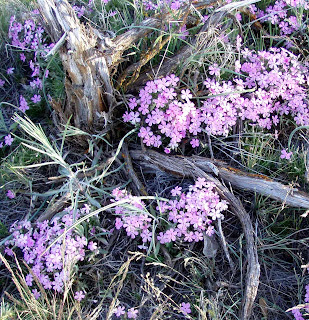 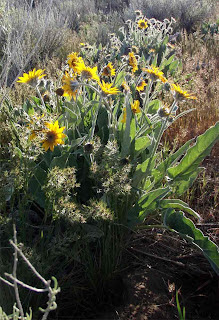 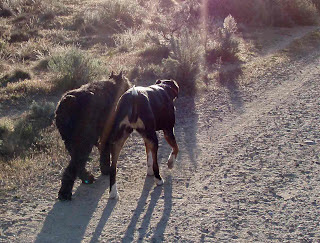 beautiful morning yesterday. most dogs/dog owners/runners very pleasant. the phlox & arrowleaf balsamroot are in full glory.
coming out on the water tower path with halle & echo on leash (it's just easier) we saw a runner with a shorthair- she was running on the path, the dog was running up through the brush. there was also a woman with a small scottie mix sort of dog who came running toward us. i called & asked her not to let her dog run up to us and she replied that he was within 30 feet, so it was OK, then started berating the runner saying it was her fault there were going to be leash laws because her dog was off running through the brush.
if we can't quit pointing fingers and blaming each other and other user groups and not figure out a way to address the whole thing i'm afraid we are going to lose. we may not each get every single thing we want, but i know we can come up with a plan that will address most needs & concerns better than a) the current situation and b) the proposal.
Posted by marianne at 8:19 AM