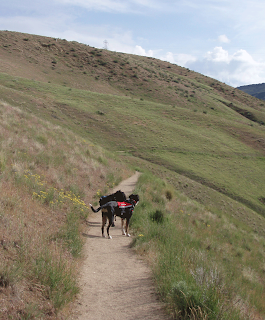 sheep were west of 8th street below the upper hull's parking lot. probably see them on crane gulch connector or bob's. not sure if they were heading north or west.

the lot and trailhead at the pedestrian only Hull's Gulch Interpretive Trail were pretty disgusting. lots of old dried poop, some fresh, most within 5 or 6 feet of the trash can, though i did pick up some on the trail too. there was also a small amount (like one cup & one baggie) of people trash. even though a lot of the waste was dried up, it was still there & quite visible. ick!
it was a beautiful day and a nice hike. the pups tried out their backpacks- and echo helped carry out poop. we met several runners without dogs, 2 runners with dogs, 2 hikers with dogs, a few groups of hikers without dogs & two families with small children. everyone was pleasant, thanked us for getting off the trail. this is a narrow trail, can be interesting at times. need to keep an eye out ahead for people, as it is pretty twisty as well. 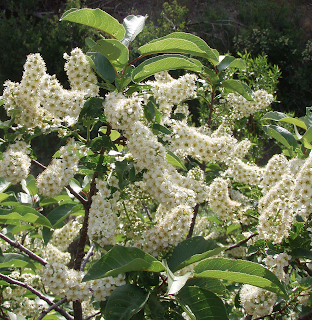 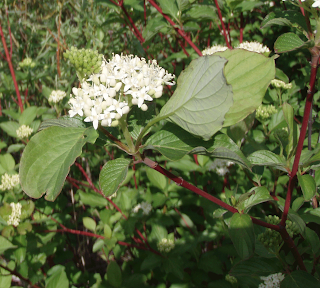 the stream running through the bottom makes for pretty wildflowers- saw a few cranesbill geranium starting to bloom and some sweetpeas. lupine isn't blooming yet. the red twig dogwood & this other white shrub are going strong. 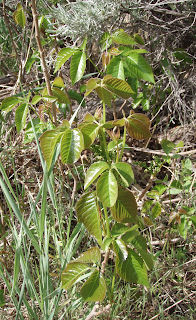 so is the poison ivy- there was a lot of it. there is cheat grass all over and it's going to be dry really soon. if you don't know, cheat grass, when dry, can really hurt your dog. it works its way in and has little barbs that make it impossible to pull out. we had a few trips to the vet with teddy involving sedation & cutting the grass out of his foot. a few more good reasons for everyone to to stay on the trail.

hope everyone had a great memorial day weekend!
Posted by marianne at 3:14 PM