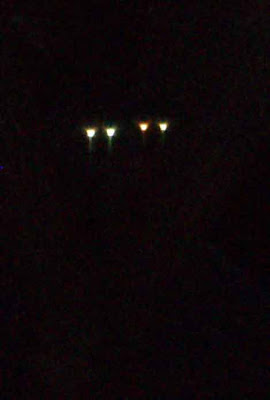 these are the two young racoons we saw sitting in a tree across the street on the way to the reserve this morning. i was hoping for a better shot, but of course couldn't get too close with the dogs- and i think this is kind of funny.... like halloween 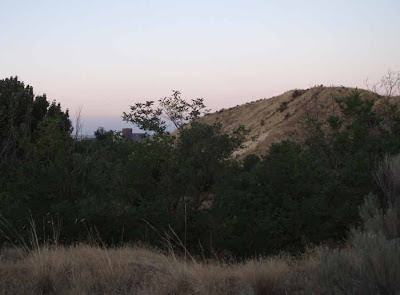 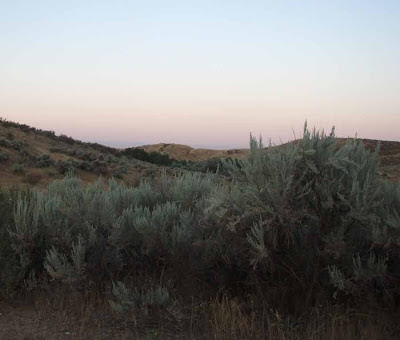 headed into the reserve, i saw a woman on 11th running with her dog leashed. as we came up 10th i saw the dog dashing around camel's back, and the woman running up the trail. no way she could have known where the dog was or what it was doing- if it pooped, she most certainly didn't see to pick it up. dog sniffed & ran around the park a bit then took off down the trail after its owner.

2 women standing near the parking lot on 9th st. chocolate lab in the weeds behind the split rail fence that says stay out of this area. i stopped, asked if it was their dog, asked if they could keep it from coming up to us as we went by & asked if she was aware she could get a $60 ticket. while we were having this discussion, the dog was pooping in the weeds. no bag, no pick up. after having the leash discussion, i wasn't up to being the poop police too, so i left it. these women also started running & the dog took off running high above the trail, never in sight. again- she has no idea what her dog is doing.

picking up opp when a dog comes running up from the pond and startles me (and my dogs, who are on leash, b/c we are in the on leash area). i exclaim, owner calls dog back, leashes it and asks if everything is ok when they pass. i said yes, just startled, and my dogs are on leash in the on leash area and loose and leashed dogs don't mix so well. she just replied she thought it was the off leash area.

2 grocery bags of opp from red fox. someone picked up chickadee- thanks so much- probably either bob or steve or both.

plus side- had the dogs sitting when 2 gals with a yellow lab were coming up & the onwer asked if i wanted her to get her dog. i said yes and it was all good.

things have certainly been much better- this is the first day like this i've had in a very long time. it does explain the amount of poop on red fox. off leash is not the problem, not being controlled and not picking up is. pretty simple. dogs can get just as much exercise running with their owners on the trail in sight and it's a lot safer for the dog. not to mention more respectful of others. 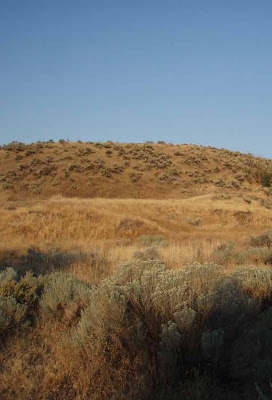 haven't done the soapbox for a while, so there it is.... 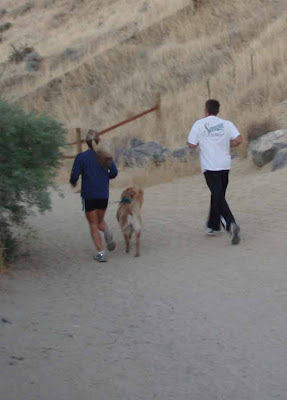 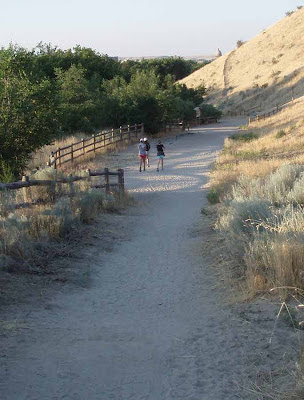 11 with (most very well behaved & following rules); 8 without

it's nearly friday!
Posted by marianne at 8:00 AM