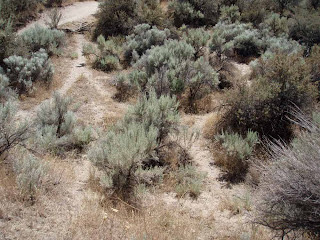 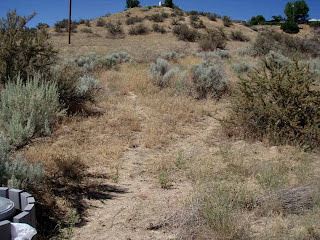 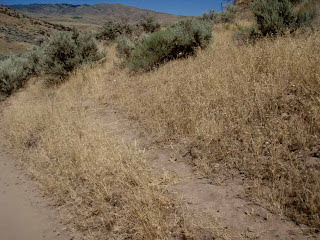 David Gordon was kind enough to walk me aroung the reserve yesterday to show some examples of trail braiding caused by dogs. The first 2 pics, as you can see, are not anywhere that there would be a reason for a hiker or mt. bike rider to go. What he sees is dogs following where other dogs have been- checking out the messages and leaving their own.

The third trail had some foot prints on as well, but is pretty off camber & probably not the first choice to run on- tho no doubt some who will not yield the trail use it to get around slower trail users. Probably mostly dog, though.

When i asked why it mattered in cheat grass, David replied that it is mainly an aesthetic concern. (that, and for dog owners, possibly monetary- i've paid to have cheat removed and it isn't cheap!). I have no problem with that, as most of us use the trails in part because we find the foothills pretty.

Next time you're out with your dogs, watch where they go. I have been and do see them following other tracks and paths that I wouldn't have noticed before.

This is more of an issue on the lower trails due to the high use. Braiding higher up has more causes. Trails are also widened by people who walk, run, ride 2-3 wide in spaces not meant for it or who don't go to single file to let other users by. 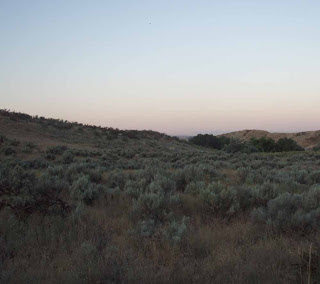 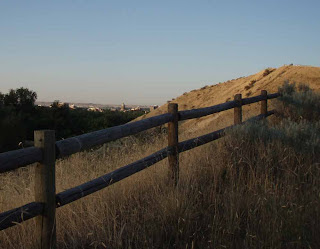 Another beautiful morning! thanks to the folks who brought in leashes- i noticed a few more at camel's back & 9th street. 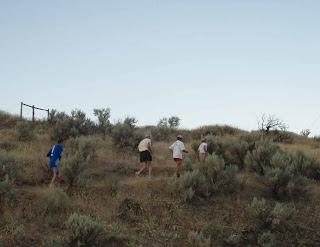 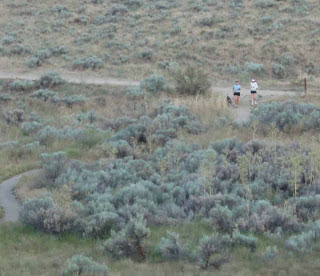 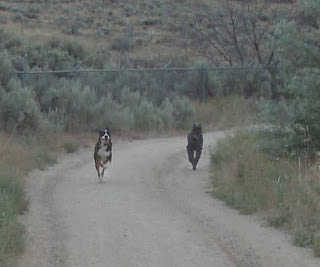 btw, this is the sort of thing that makes a lot of us glad we can let our dogs off leash. halle won the race.

happy thursday to all- hope to see some of you tonight at the meeting.
Posted by marianne at 7:51 AM