lots of folks out this morning. and major poop patrol. i talk to lots of dog owners who never have problems, don't see lots of poop and think much of this is overblown. this is why i think it's a problem that bpr wasn't tracking complaints as far as where on the trails they came from, what time of day, etc. if all i ever used were the upper or farther out trails, i would certainly wonder what the big deal is. the working group (imho) took a baby out with the bathwater approach to an issue that needs to be addressed where it's ocurring. you lance a boil, you don't cut off a limb to remove it.

there are dog owners who agree with the r2r proposal to make most of the lower trails on leash. i was one of them but i have changed my mind. we really need to reach and educate the lower trail users so that when they start to move up because the trails are too busy they don't bring the problems with them. the original 2001 recommendation included enforcement and education. as we've seen over the past several months, both have had a positive impact. that's the approach we need to take. 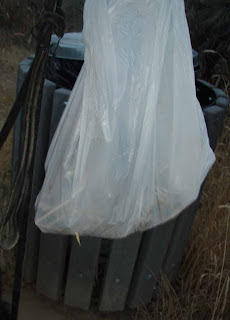 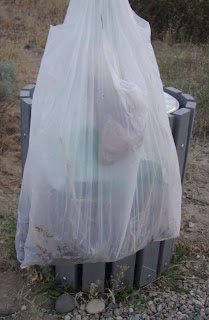 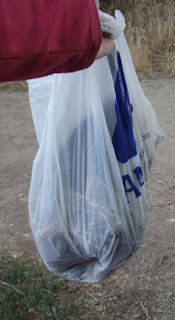 i would never be able to pick up this much poop and trash in this short of a stretch on any of the upper trails that I use. first bag- camel's back kiosk to the garbage can above the pond. second bag- from that trash can to the one at the bottom of the north end of chickadee ridge. third bag- we we we all the way home (well, at least back to the trash can at the camel's back kiosk) 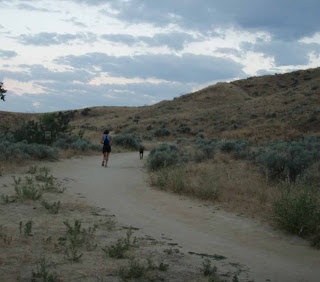 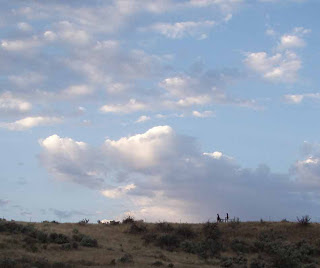 today's count, tho i lost track a bit, was about 18 with dog and 23 without 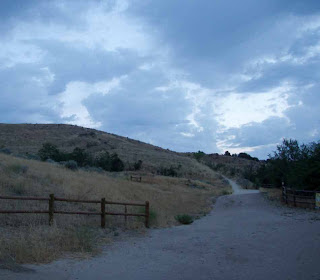 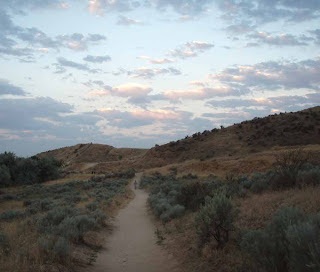 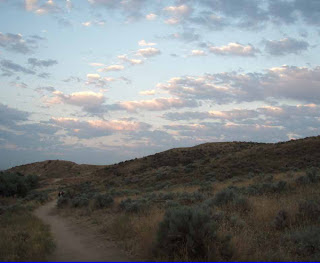 it was a beautiful morning- lots of sunrise photos.

have a great day!
Posted by marianne at 7:55 AM