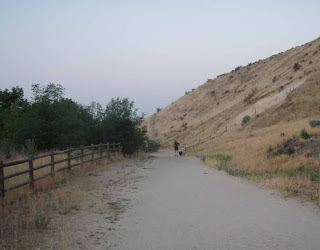 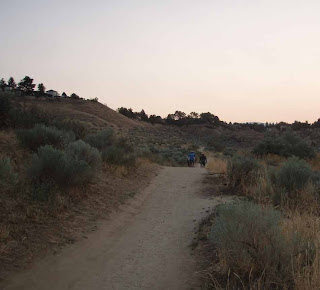 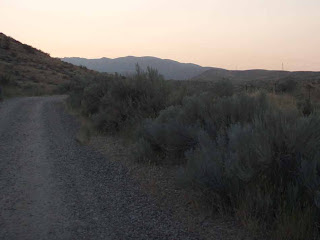 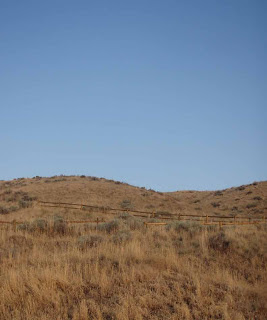 i had echo and halle sitting by the side of the trail, focused on treats. didn't have a hold of either of them because the approaching runner was calling his lab. we have been good sitting with other dogs going by. i was standing between the dogs and the trail so they would focus on me. the lab stuck his nose in (i didn't see the approach, of course) and he & echo got into a growling rolling argument. when i grabbed echo he backed off immediately. loud, scary, no blood.

runner leashed his dog and ran off, not a word.

i am not happy that echo wouldn't off when i told him. it was good that as soon as i grabbed him he quit. i just always have to keep a hold of him when i see loose dogs. i was tired this morning, and have gotten used to people asking before letting their dogs approach, but can't count on it.

although i am not happy with my dog's behavior, i can't blame it all on him. the other dog was right in his face. the owner let him/her come running up to us when we were sitting. he was being a dog. in the end, tho, it's my job to keep him safe, so i am back to calling out to people to please keep their dogs away from us.

some of you will find this a weird concept, but i know other people who have similar situations. some dogs are more territorial or protective. most of these dogs are great with dogs they know, and with people but maybe not so much with strange dogs. we can have our dogs under control (on a leash, in a sit stay) but still be villains because someone whose dog isn't under control doesn't understand or respect the situation and keep their dog away.

this is also where knowing what trails are on leash and having that enforced is helpful- it is no fun to have a dog that needs to be leashed (even if it's because they don't have good recall) constantly approached by off leash dogs. when a dog is leashed, the flight option (fight or flight reaction to percieved threat) is gone, and they may feel more protective of their owner, which can cause problems.

i also picked up 2 large bags of opp on the red fox/ chickadee loop today- after doing the same on tuesday.

discouraging day all in all.

lost count of with/without because i was a bit discombobulated.
Posted by marianne at 7:50 AM