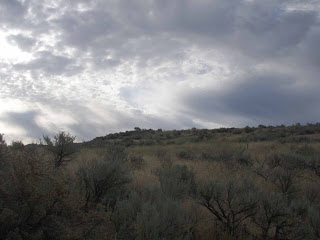 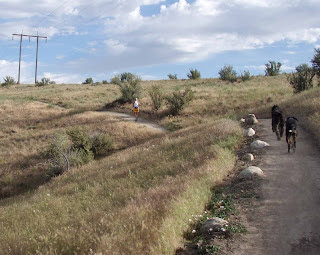 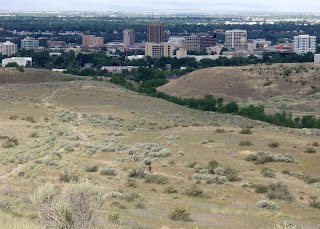 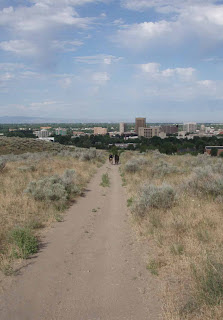 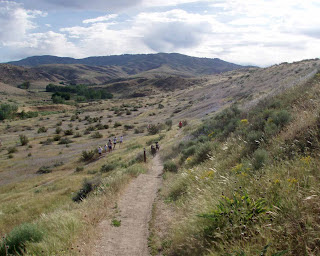 we checked out military reserve today. haven't been there in ages- probably 6 or 7 years.

first, i'm very glad that the group at reigning cats & dogs has worked with the city to figure out what sort of fence will work around the dog park & is raising money to get it fenced.

most people don't remember, but when we got the dog park approved there it was a big deal. all dogs had been kicked out of camel's back, which used to be a big off leash play area, and we had a dog march on city hall to point out that we needed somewhere for the pups to play off leash. mayor, council & bpr immediately let us have the lower flood retention pond in military reserve.

then came task force meetings- the first round was to get dog parks approved (there are 4 approved: 2 in use- military reserve flood retention pond & the one by morris hill cemetary; 2 to be developed- locations escape me.) The second round was to establish off leash trails and policy.

this was in the early 2000s. part of the reason that the other dog parks are not developed is that the city will provide the land, but the user group has to come up with the funding and we simply didn't have the organization to do that then. it's great that the i.hs has gotten involved ( in the case of morris hill) and that reigning cats & dogs is fundraising for military reserve.

i'm also really encouraged by the energy around the trails issue. it used to be that the same 8 if us would show up for poop scoops. it's much better now.

anyway- very nice walk/run this a.m. one nice thing about mr is that it's really open, so it's easy to see people coming & share the trail. also easy to keep an eye on the dogs. it was really busy this morning- lots of people out before the day heats up.

was very careful to watch for and follow on leash & off leash signs. if you make a point of looking, they are visible. my only little issue was down by cottonwood creek on the single track through the trees trying to pass another leashed dog. we got off trail. the trail is just narrow, and even well behaved dogs who just want to sniff & play a bit could get tangled up. i also wonder if it's better for the riparian area for the owner to walk to the creek with the dogs on leash (because if they need a drink, they need a drink). must be, or the rules would be different i guess.

i have to say that running down the single track with the big dogs on leash was interesting. would have been bad to meet a loose dog ( i would have been in the weeds) or a mt bike rider going very fast, because visibility is not good. guess that's when you let 'em go.

lastly- saw a bit of opp. more down low- the typical pile or two right by the trash can, but there was some higher up too. we need to stay on it! anyone who wants to volunteer to adopt a mr trail, let me know-

have a great day everyone!
Posted by marianne at 9:38 AM