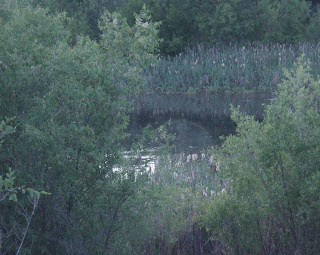 up first, the bullfrog symphony with the mallard ballet. it was great- i suspect it was a mallard mating ballet- they were making all kinds of flying and landing and skimming over the water moves. also saw a tanager, an oriole and lots of swallows. 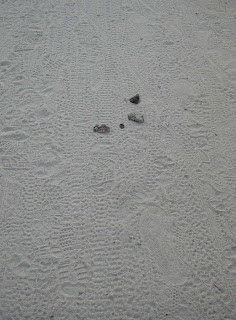 i know that i'm preaching to the choir on this, my reasons for including are that a) i know lots of you don't use the really busy lower trails, so you may not see this stuff, b) peer pressure is going to help and c) if anyone else wants to help with pick up on red fox it would be great.

this is in the middle of the trail, and run over- probably by a runner and a bike or 2. the best way i know to address is just to ask the person is they need a bag. next step might be to ask if they know that enforcement will be ramping up when the ihs takes over, and fines are in the $100 range. i have seen more leashes in the mornings since i've been asking people if they know that enforcement is coming, and telling them what the fines will be. you could also just ask if they're concerned about maintaining access, and point them to this blog. 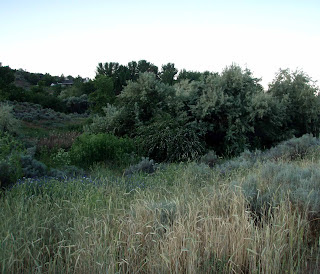 when i stopped to take a photo of the wild rose, i heard voices coming from the trees. probably people sleeping there again. cleverly deduced by the amount of cig butts in the area and the tracks through the vegetation. this is why i never come off chickadee through the pond if i'm alone in the a.m. i don't really care about people sleeping in there unless they have dogs with them that they're not picking up after. or that are causing other problems. sad, but true- a very narrow focus. 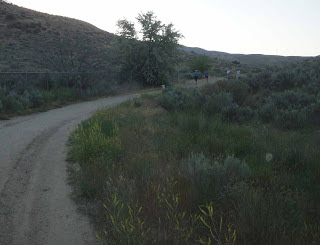 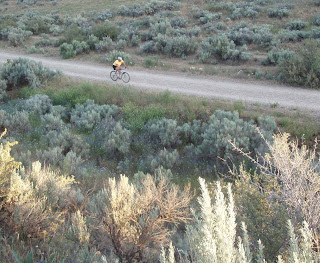 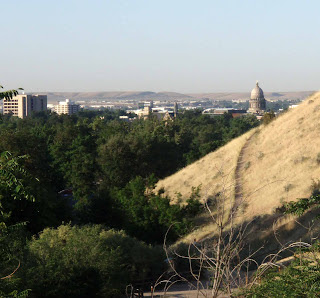 another beautiful morning. it's hard to get great shots when there are no clouds, but i tried! really pleasant people- a runner thanked me for being responsible when i was picking up after echo, another for calling the dogs back when i saw him approach, and 2 runners with leashed dogs thanked me for keeping the pups with me when they went by. a vertitable lovefest for the responsible dog owner :) positive reinforcement is a wonderful thing!

busy day again- 4 or 5 dogless runners/groups; 12 other dogs with their people, 3 groups of mt bikers.

on the downhill to friday now- have a great day!
Posted by marianne at 7:40 AM