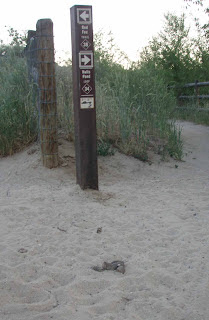 first, husband says he gets tried of reading about opp. i get tired of seeing it, picking it up (5 piles today, several i passed by, knowing i have the rest of the week), photographing and talking about it. but if we don't stay on it we're going to continue to have problems. most of what i picked up today was right by the pond. in the open. right between 2 trash cans. 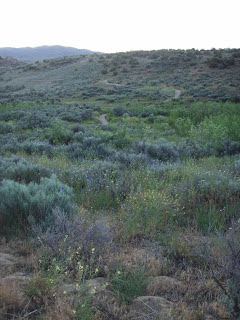 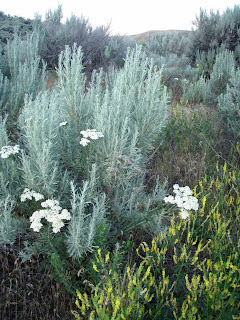 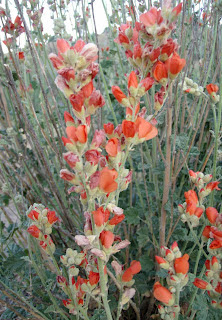 it was great to be back in the foothills this morning. beautiful morning- echo what tracy said about the bullfrogs- i have been waiting for them too. always mean the start of summer to me. everthing is still green. the globe mallow (orange, yarrow (white), wild roses, bachelor buttons, buckwheat, penstemon.... russian olive trees now blooming too- i love their scent.

birds out & about- one runner coming down chickadee saying he saw tanagers or orioles up on the ridge. 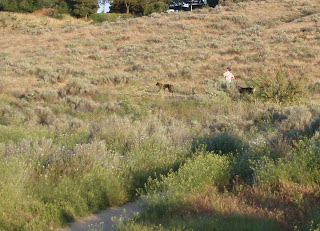 we were in denver this weekend & went down to the platte river near town. they have a nice park, beaches. lots of condos/lofts in the area. lots of big dogs playing in the river. lots of bag dispensers & signs to pick up. didn't notice leash signs. everyone seemed to be playing pretty nice together. most urban areas face similar issues to what we have going on here. there are fair & reasonable solutions, we just need to work on finding them. 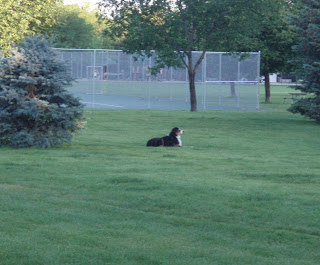 lastly- no person around anywhere. dog not causing problems that i could see, but if nature calls, there's no one to pick it up. if someone is afraid of dogs, no one to call him/her off. who knows how many streets this dog crossed to get to the park? maybe he's an escape artist & the owner is frantic, but maybe the owner turns the dog out and he digs in trash & chases cats & wildlife & digs & poops on sidewalks and in people's yards and gives the rest of us a bad name.
Posted by marianne at 7:38 AM