first, thanks to paula for her note below- but i would have given up long ago if there wasn't lots of involvement, so thanks to everyone who has worked so hard to help us retain access.

start of the new plan today- echo & i figured out a neighborhood loop we can do in the dark (lots more walking & huffing & puffing than running, but it will get better!). he's a great running partner- more so now that i don't have to worry about lunging at squirrels, other dogs, etc.

then i worked for 1/2 an hour, then halle & i headed for the hills. yet another wonderful sunrise. 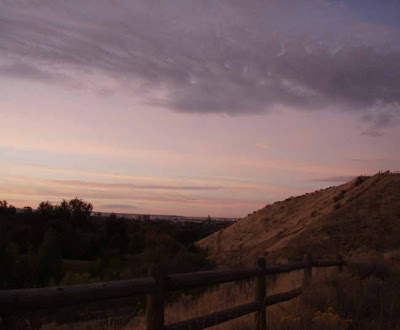 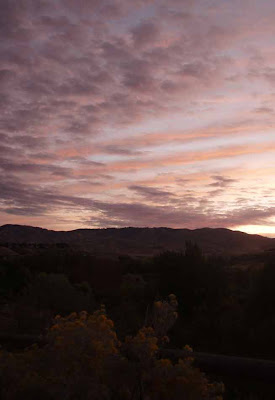 at about 7:45, met 2 women, both with dark hair- one shoulder length & glasses, one in a ponytail, both medium height & weight, near the trash can at the top of the pond loop as you head down to red fox & the off leash area. also saw a bike rider heading out, and a black dog down in the weeds by the trees far away from either group. this after i had filled a bag with opp between camel's back entrance & that trash can.

one of the women turned around & called the dog (who was waaaaaaaaaaaay behind them- they had absolutely no clue what he/she was doing and were well into the on leash area). the dog appears to be a border collie/ lab mix- black, white patch on the chest- name something like kestler or hester. i asked if they knew the dog should be on leash, and she said "i'm going to do that now" to which i replied- as halle pulled toward him (because i was picking up poop & didn't have her lined out) "that doesn't help me much".

i would really like to be able to figure out the right way to start a conversation about having the dog in sight, picking up after it, being responsible in a way that people like this would actually listen to & hear what i have to say. unfortunately, all i wanted to do was say "i'll be sure to clean up any poop that your dog, who you aren't watching, left". probably not such a good way to get buy in.....

then again, this is the first time in quite a while i've had an incident like this. things are so much better, and i know there will always be boneheads. i just don't want all of our hard work to be jeopardized by them. makes me kind of..... militant.

so it was nice that it was a beautiful quiet morning & everyone was great from there on out! 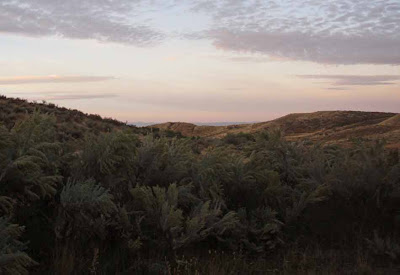 these are the same 2 dogs i saw turned out last week. this time, they were making their way down to the reserve. if the people who own these dogs and just let them run were my neighbors, i would be pretty annoyed. (well, actually, i am anyway, b/c they are most certainly adding to the poop problem & possible other issues in the reserve too). 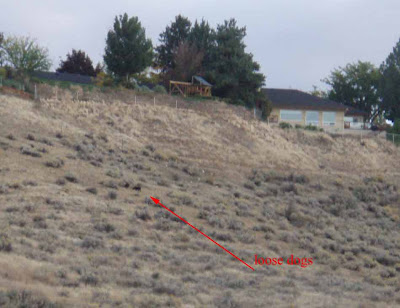 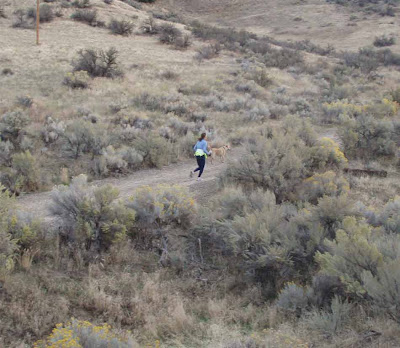 5 with, 3 without, as i mentioned, other than the two women, everyone was following rules & polite.