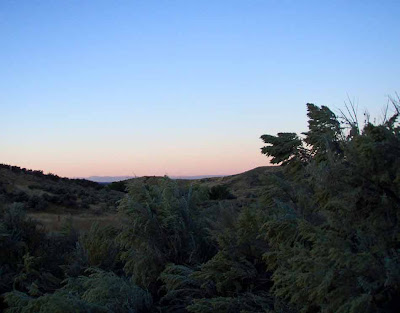 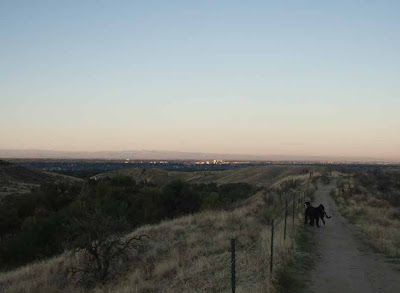 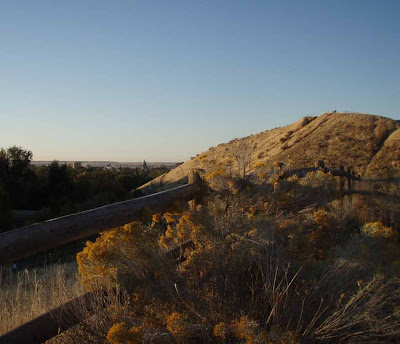 as a result, not lots of people out & about..... we ran into pug woman in the off leash section, while i was taking a photo & working on sit/stay. they came around the corner, and halle broke, zooming up to say hi- which caused a bit of concern (maybe she now understands why i ask her to keep her dog away from us). when i said she was friendly, just a galoot & puppy brained the owner relaxed. after a sniff, halle came back when called. echo good boy in a sit stay (with a reminder) this whole time.

on the way out, just in the on leash area, we ran into george, a white standard poodle (i think) and his owner. she was just letting him off leash. i called "we don't want to say hi" as he came bounding toward us. owner called, he stopped but didn't go back to her. when he started toward us again i dropped the leashes. it was fine. she apologized & said she'd looked for dogs before letting him off. i told her the off leash area started a little way down the trail & she said "i know".

i spent about half the walk home wondering how hard it is to keep a dog on leash another 1/4 mile. this woman was nice, her dog was nice, she didn't want to cause any problems, she was just pushing it a bit. and any of us who speed can probably relate. after all, what does it hurt? and the chances of getting caught aren't very good.

what it hurts, in this case, is that it creates a culture of it being OK not to follow the rules. someone else sees a dog off leash in that spot & figures it's OK. and that person, or the next one, might not be careful about whether there are other people around who will be bothered. 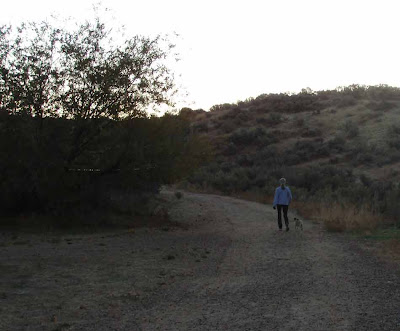 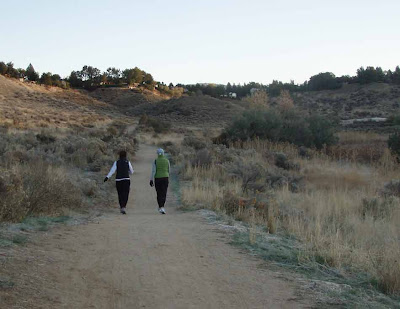 four people/groups with dogs; 2 without