worked late last night, and had a meeting this morning, so we got out for our walk at 2. i was amazed at how many other folks were out then too.

this is como (i think) and his owner. he was off leash on the on leash section of the trail going out to camel's back. tho she could clearly see halle leashed, his owner allowed him to run up to us ( i saw this coming & tried to just walk through it, halle actually did pretty well, she's getting better). the owner said "como heel" a few times, but it didn't stop him from bothering us. and she did not apologize. 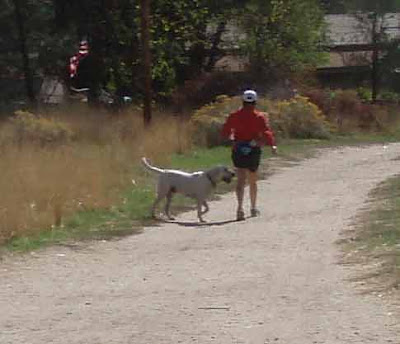 next we saw 2 women & 2 dogs coming down the hill. one dog off leash in the on leash area. i was thinking it's going to be one of those days, but the woman did leash the other dog. halle did a good job of walking on by.

it was a beautiful afternoon. 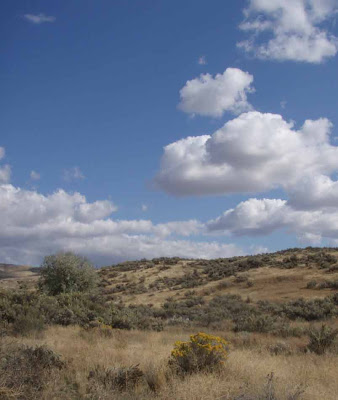 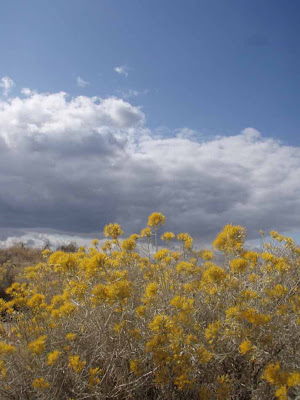 we saw 5 with and 5 without- most were good.

one gentleman in the off leash area stopped & leashed his dog, we did the same & as we passed his dog did the lunging thing. we were all good, b/c everyone was under control. and once we passed each other both dogs were off again. this is the part that some people miss- that dog and owner have as much right to enjoy the trails off leash as anyone, as long as the owner is responsible and keeps his dog from bothering others. but he can only control himself and his dog's behavior. if como had gone running up and things had escalated, it would have been como's owner's fault for not having her dog under control, but i would hazard a guess that's not how it would be perceived.

anyway- off the soap box- have a great evening.
Posted by marianne at 6:36 PM