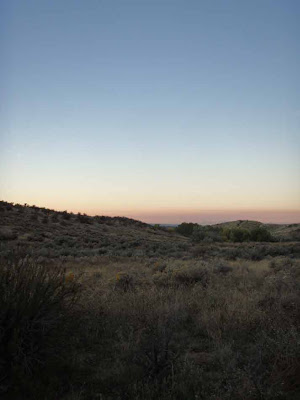 you may have noticed my love for sagebrush- and i really like the movement in this patch, and the color variation. 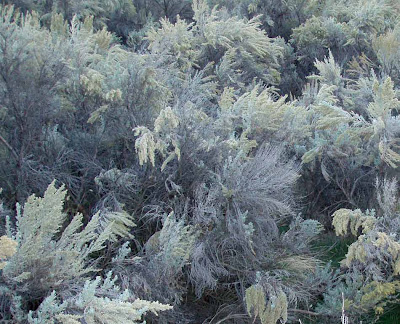 nice moon over the hills 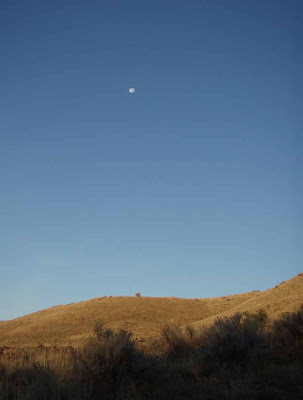 i have been trying to capture one of halle's YIPPEEEE SKIPPEEE WHEEEE moments to share- this comes close. she's sideways b/c she was checking to see if echo would bite & chase her down the trail. this is one of those things that a dog has to be off leash to do.... 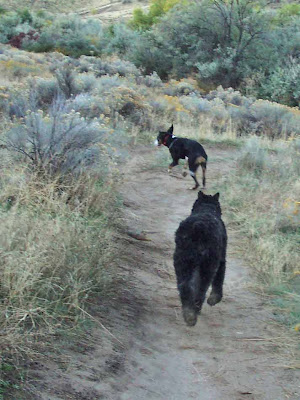 as we were coming back out, we saw this below us. we stopped & sat, the woman kept walking, the dog kept hanging back. i finally called & asked her to keep the dog with her. she stopped & called the dog (turrey?) who kept coming toward us. woman called, dog kept coming. i finally dropped halle's leash when it became clear the dog was not going to return to the owner.

once halle got there, the dog rolled over & the woman got her & leashed her up. she also apologized & i observed we were in the on leash area. she said she was visiting, not her dog, so i told her that she could look for signs, but that since the dog didn't come when she called she might just want to keep her leashed. probably be easier to pick up poop that way, too, since there's a better chance of seeing it happen if the dog isn't behind you. 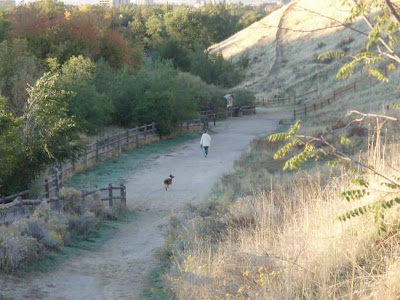 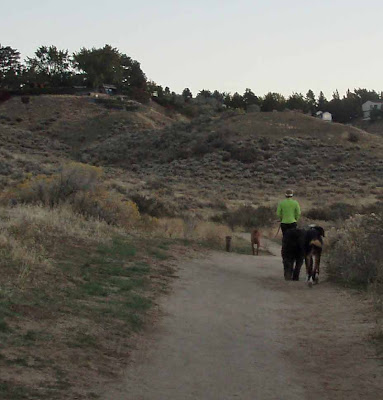 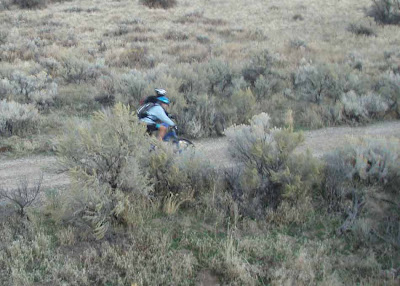 have a great weekend!