wow- it's almost october! loving the cooler weather & less crowded trails. thanks to everyone who picked up after their dog this weekend- my usual route looked much better than it has the past few mondays. which is probably partially indicative of less traffic.

speaking of traffic- found these on chickadee. not used to seeing horse sign on these trails- for a while i thought i was seeing some odd shaped running shoe heel, but it looks horsey to me..... 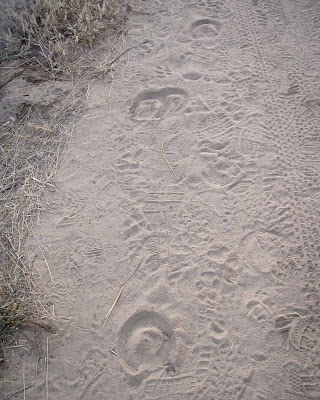 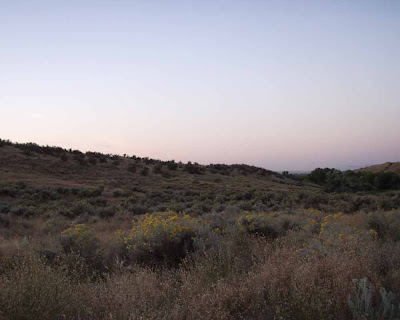 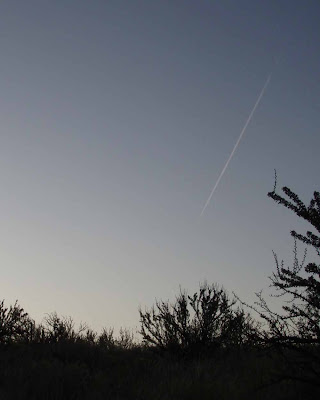 not sure what these red stemmed things are- probably some horrible noxious weed- but they sure are pretty, especially with the yellow rabbitbrush. 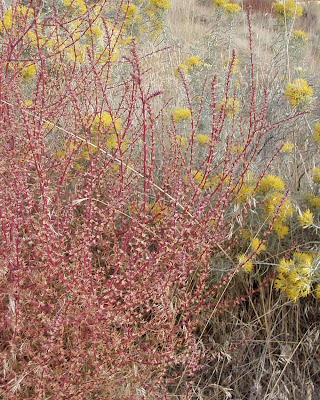 3 with, 3 without. everyone seemingly having a lovely morning.
we've been encountering a guy (and sometimes a guy & a girl) who run with a golden. the dog stays on the trail ahead of them & seems very nice. i'm sure the owner wonders why i dive into the bushes with my dogs when i see them approach.
there are lots of reasons that people get their dogs off the trail. in this case, i know how halle gets when she starts racing around and i don't want her tripping runners. she is a big girl & doesn't look where she's going. 90 plus lbs at perfect knee height slamming around- not so good.
she & echo play really rough- body slam, grab each other's necks, chew on hocks, dash around. another reason i keep them back. when i explain the rough play thing to people with small dogs they tell me their dogs can hold their own. well, maybe not so much if that big heavy paw lands wrong.
i have friends whose dogs have been attacked and are therefore, understandably, a bit touchy. (both the person and the dog) in some cases, the other dog's owner was asked to control their dog, didn't and then professed shock at the result.
my bottom line is that i know and understand my dogs, but i have no idea how a stranger's dog is going to act. or the person for that matter. so it makes sense to me to control what i can. which usually means getting my dogs out of the way & asking the other dog owner to control their animal. after we see the dog & owner a few times that can change.
anyway- been having that conversation a lot lately- about clueless owners who see no reason to control their dogs. it isn't necessary for all dogs to meet & sniff and play. dog parks & doggy day care are well suited for that sort of activity, the trails are not. what's important is to respect each other's space, regardless.
if you're a dog owner who doesn't want every dog coming up to you, don't be afraid to ask people to control their dogs. it's a process of education.
camel's back empty in the morning light. 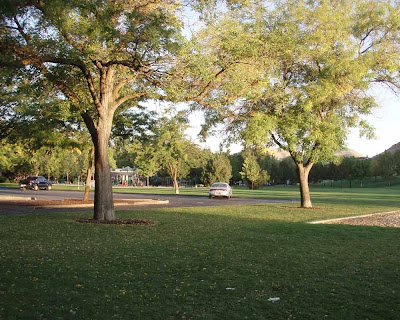 have a great week- happy trails!
Posted by marianne at 3:41 PM