these folks had their dog nicely leashed until they got to the off leash area. then they unleashed the dog and started running. i watched the dog take a dump while his/her people ran away down the trail. unfortunately, they were too far away for me to call & ask if they needed a bag to pick it up. or to lob the bag of their dog's poop that I picked up at their backs. (not that i ever would, but it sure is tempting sometimes.) 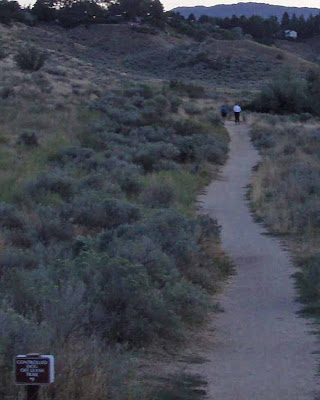 there is lots of opportunity to do some trail beautification of the opp pick up variety. i plan to attack red fox at 2 tomorrow, if anyone cares to join me.

it was a beautiful morning. such a relief to be back where it's cool and uncrowded after 2 days in ft. worth. 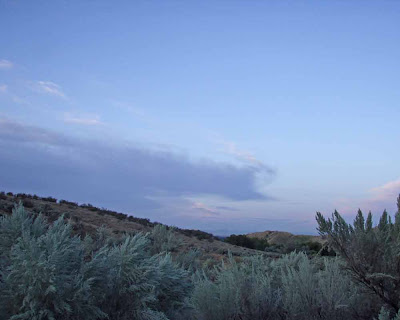 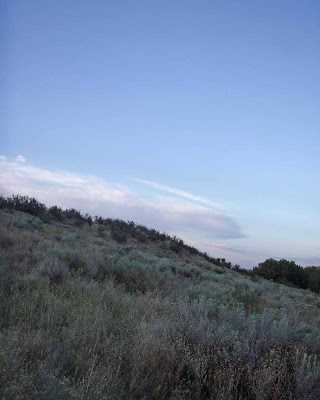 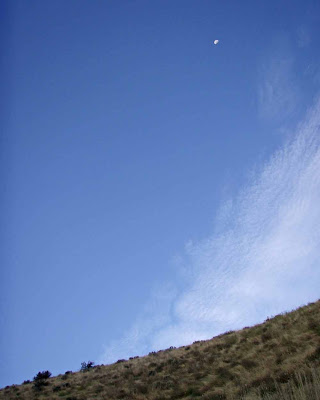 one week later, this bag is still here. maybe i can take it to a trash can tomorrow afternoon, if it isn't too heavy. (haven't done so because it looks like a handful to deal with this & 2 dogs). 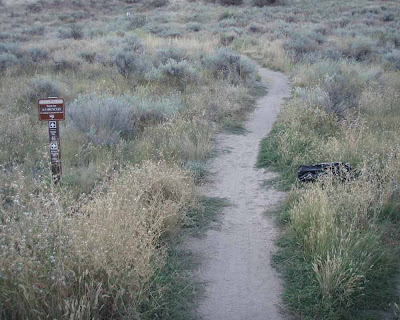 trail users are taking advantage of having another trash spot....... 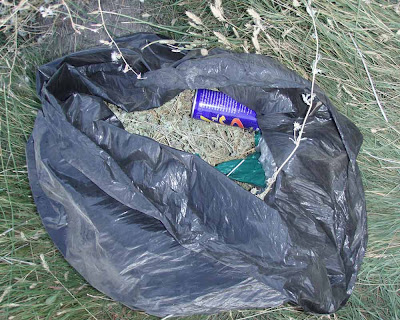 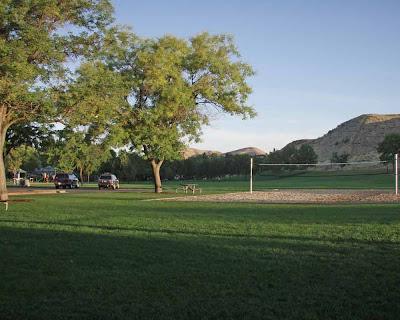 happy trails!
Posted by marianne at 10:57 AM