halle and i headed out after my lunch hour conference call. even with the snow & ice there has been lots of traffic- this is coming in from camel's back. it is solid ice under the snow- halle & i both slipped a few times, yaktrax & 4WD (or 4 paw drive) notwithstanding. 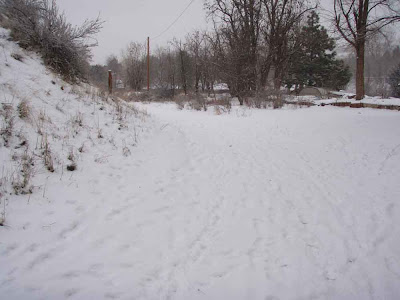 this is boudreaux, who i think we have encountered before. he was off leash in the on leash area and came charging over to us even as his owner (tried to) called him back. i dropped halle's leash, which is going to be my mo as long as it's icy and people can't control their dogs. no point in getting pulled over. this was around 2:10 just inside the reserve. B's people were walking out the 9th street entrance. 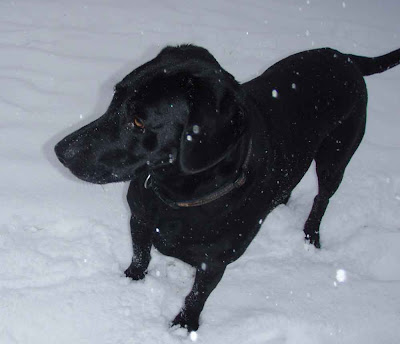 this is the guy i ran into at the top of the trail leading up from the ponds to red fox. he had a black lab, yellow lab and vizsla, none of whom were leashed (on leash area), all of whom were well ahead of him on the trail, none of whom came to him when he saw me with halle on leash & tried to call them back. we just kept walking. he did apologize. 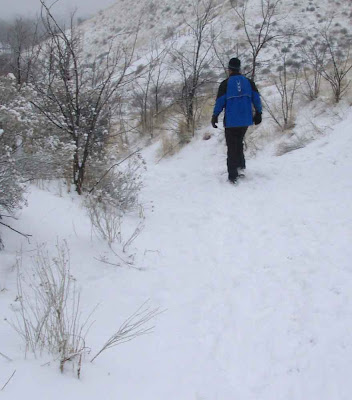 these guys were skiing down the short trail on the west side of the pond that leads up & over to red fox. 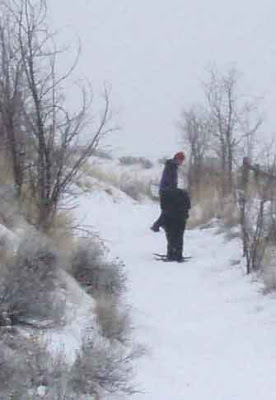 i mentioned that they were helping to pack down the snow and turning the hill into a solid sheet of ice. they suggested i walk a different trail if i thought that was a problem. very nice, thoughtful guys.
the best part is the jumps that someone built in the trail presumably to catch some air. be careful if you run this way, because i'm betting that they won't be very visible in flat light, but they are unexpected and could trip people up. not to mention how nice it would be if someone came flying off the bottom one as a person or dog came up the trail behind the fence. 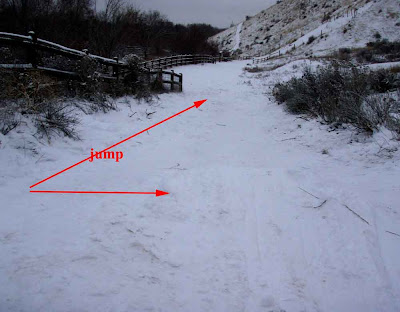 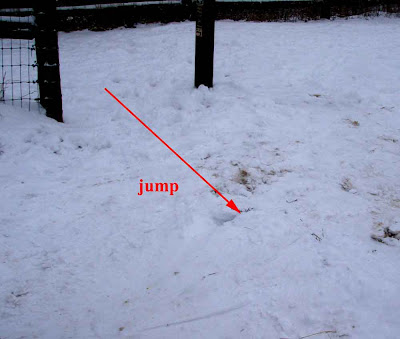 my nice quiet snowy walk didn't start out so peacefully, but it got better.
it was beautiful, and the snow was still falling. 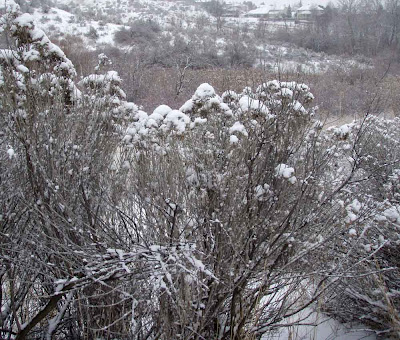 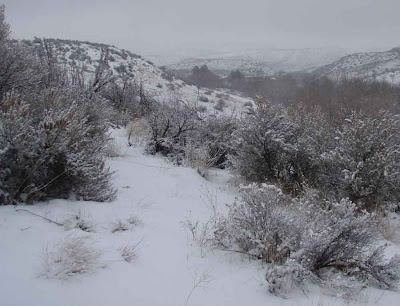 there is lots of ice under the snow- i suspect the trails are going to be icy for a while. and when this melts, they'll be wet again.
have a great week- please keep me updated if you've been on other parts of the trail system & have something to add-
Posted by marianne at 4:52 PM