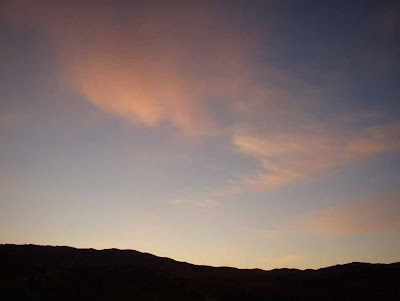 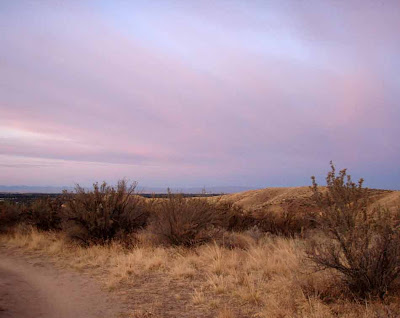 nice to get back to it. i am really out of running shape..... wow. need to get back on track! out with echo early. as you can see, another nice sunrise.

trails looked clean- especially for after a 3 day weekend.

talked to the women i see daily with the medium sized dog who is always leashed, b/c he lunges. they said they have had more people asking whether it's ok for their dogs to approach lately. i have noticed that as well, or just leashing up when they see my dogs leashed- either way, things seem to be improving!

coyote on the hill between the water towers & the turn off to chickadee ridge near 8th street just howling up a storm. don't know if there's a den there, but if so i would think this would have happened a few other times.... good news was echo just continued to trot down the trail, not showing any desire to go see what was going on. the howling finally stopped when we got up on chickadee. 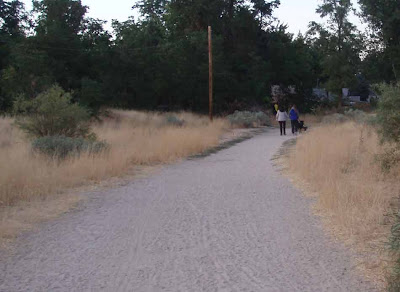 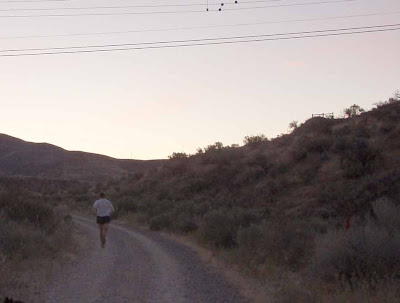 saw the PET patrol again, sounds like they're about to stop warning & start ticketing.

had a nice talk with a couple of women who didn't know about Boise Trail DOG, but were interested in finding out more. no leashes at 9th, but there were 5 at camel's back- will check FLC & 8th st later today, when i take halle out. now that it's finally cooler, we can get out at noon.

have a great week all!
Posted by marianne at 8:17 AM