first, my thoughts on the parks department meeting last night about the winstead proposal for timed off leash activity and dog parks in general.

i was surprised when i read the Parks, Trails and Open Space Sub- Committee and Staff recommendation that:

1. Seasonal/Hourly use of park sites is not recommended for approval due to the inability to effectively enforce and communicate with park users. (um, a) we have had seasonal closure to dogs at kathryn albertsons for years; b) we cannot effectively enforce current rules, how is this different? c) i believe that a lot of people who say "i didn't see the sign" and "it's too confusing" are looking for an easy way out. ignorance of the law is no excuse)

2. Winstead Park Proposal will be denied due to request for hourly use and the existing high volume of site activity. (according to the people who live near the park, high use occurs at specific times- which is NOT when they want off leash access.)

fortunately, the purpose of the session was to take public testimony and the winstead park residents did a great job of stating their case. the end result was that the parks department decided to explore a test of timed/seasonal off leash dog activity at several city parks, and staff was directed to see what parks might be appropriate and how the trial might work.

the neighborhood associations will have to be very active in any trial, as the successful outcome of any trial is entirely dependent on the ability of responsible dog users to educate and minimize impact to non dog park users.

one of the commissioners said "kids come first". i am happy to have my tax dollars spent on playground equipment and sports fields and schools and summer and after school programs, even though i don't have children, because i believe that these things strengthen our community. i do not believe that just because a child might walk across a park on their way to school (yes, this was an instance cited- that families walked across the park to school in the morning, so there could be no off leash dog use) all other use should be precluded. this is so wrong on so many levels that i am stopping right here.

one of the commissioners, who lives close enough to the trails to use them for off leash activity, pointed out that she also exercises her dog on leash when she can't use the trails, and that the winstead folks weren't being asked not to use the park, just to use it on leash. the difference being that this woman has access to an off leash area within walking or a close drive of her house. so she has an option without driving several miles to exercise said option.

one of the commissioners ( for some reason, i think he may be female rott on a flexi man who doesn't reel the lunging dog in, but i don't know for sure. if it is, it would explain his comment that he walked by a woman with his dog on leash & she seemed frightened of the dog. if a dog doesn't appear to be under control- even if they're leashed- people may have that reaction. and a dog either lunging or just pulling at the very end of a long leash or flexi doesn't appear to be under control) mentioned seeing a pile in the foothills right by a trash can and poop bag station. yep, we still have opportunity, but it's a hell of a lot better than it was, and will continue to improve.

i am all for asking dog owners to step up and be responsible. we have made progress, and will continue to make progress. peer pressure is working, it will continue to work. many of us are very vested in making off leash areas work. there will always be a few boneheads (just like there are kids who vandalize, people who speed, etc.). it is absolutely unreasonable to expect 100% perfect compliance. this is a process that is going to take some time.

this is how busy camel's back was at 6:57 this morning. will start taking photos & posting because now i'm curious. 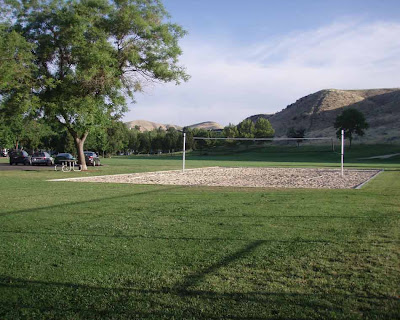 and the parking lot- 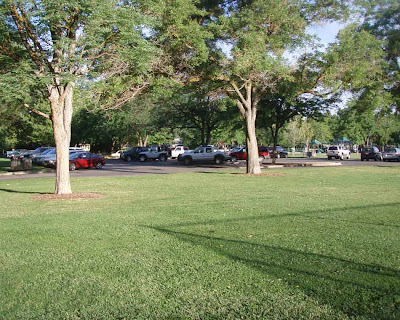 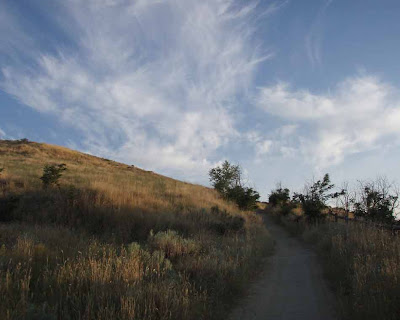 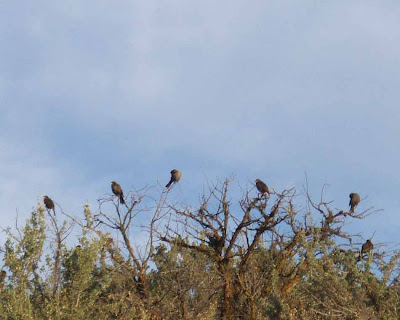 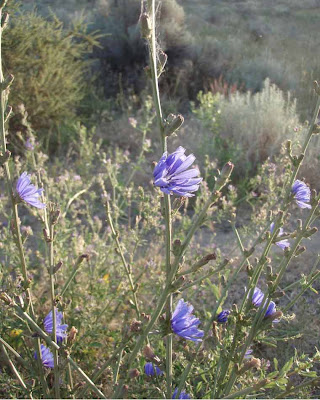 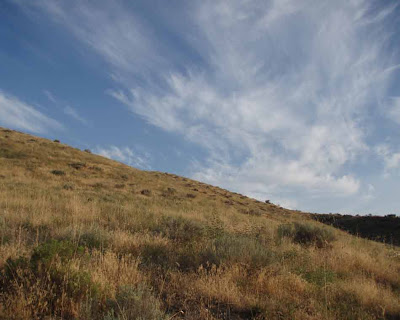 12 without, 6 with. most dogs leashed where they should be (except for the guy with 2 black labs walking out from the pond area). 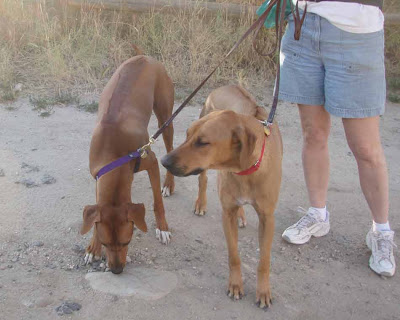 saw these folks coming with the black lab on leash, so i leashed up halle & echo and then the woman leashed her golden. worked perfectly. 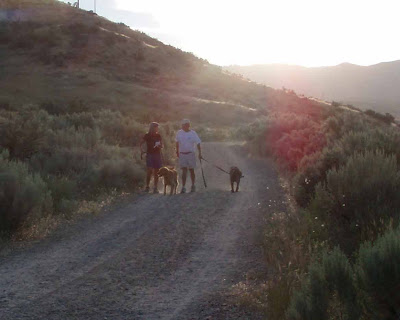 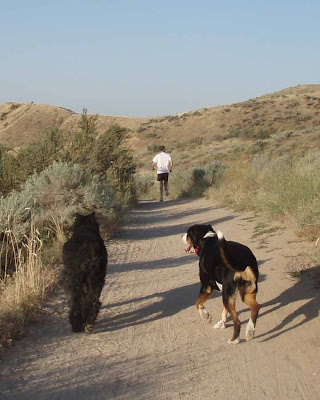 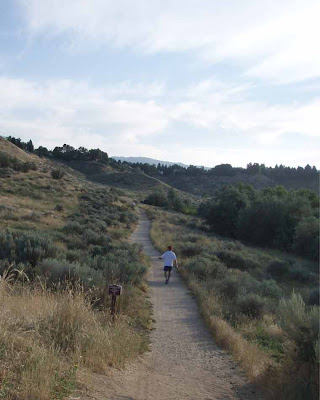 this gal kept her lab at a heel and we all walked right by each other, on leash, no problems. 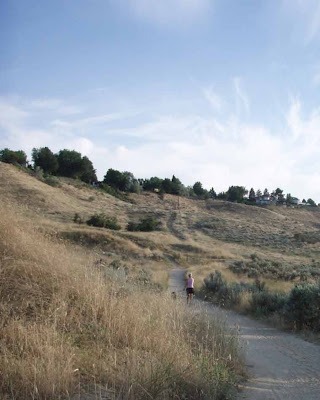 happy trails! have a great weekend!
Posted by marianne at 8:34 AM

Thanks for posting all of this!
Overwhelming and sad sometimes but appreciate the time you take to inform us!

thank you. we're making progress- the test is a great step in the right direction. things just take time.

On behalf of the Winstead Walkers (Neighborhood Assn.) we are thankful for Marianne's thoughtful comments at the Parks Commission meeing. We all need to monitor the commission and foster creative solutions for off-leash issues. We have some rigid thinkers to convince!