when the parking lot looks like this before 6:30 am it's probably not going to be a nice solitary experience on the trails.... and, indeed, 14 folks with and 15 without, all polite, most following the rules- one off leash dog in the on leash area. 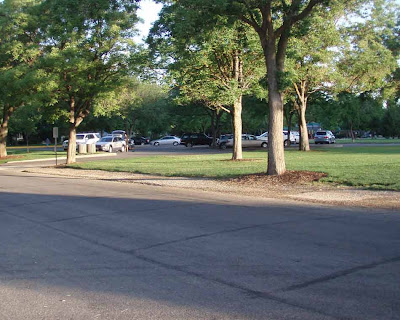 right off the bat we saw these 2 dogs headed toward us. i asked the woman who was in their vicinity not to let them come up. she replied that they weren't her dogs & she was worried that they had escaped and someone was looking for them. 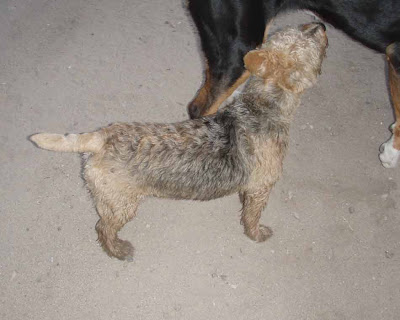 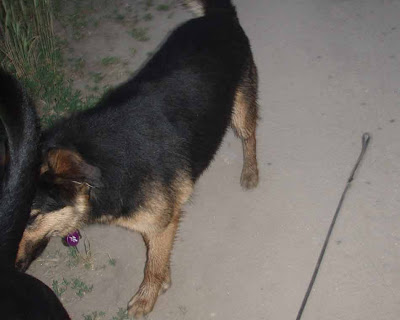 i hate to admit it, but my first thought was that someone had just turned them out to run. i saw the woman again on our way out of the park and it turned out that they did dig under their fence & escape last night. the owners had been looking for them late into the night and were really happy to get them back.
the same woman also found 2 stolen bikes dumped in the brush and was wheeling them home to return to the police. she's done her good deeds for the day! (maybe even for the week!)
i picked up LOTS of opp along the trail. could have gotten more if i'd had more bags. this person left theirs bagged and set in the weeds so someone could clean up after them. it was wet on the bottom so i'm guessing it had probably been there over night. 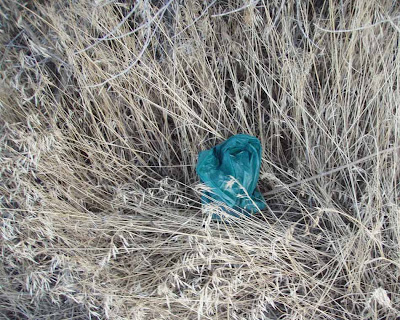 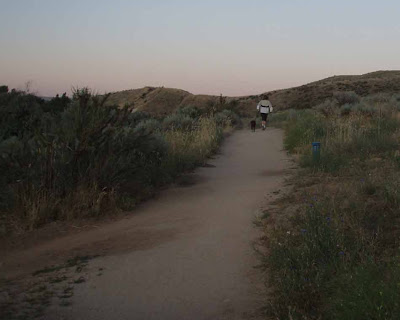 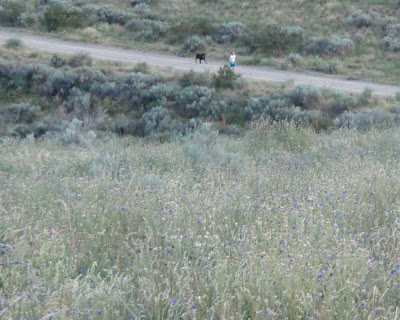 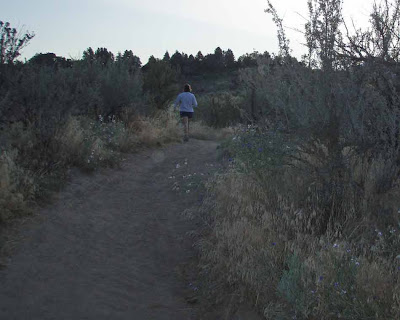 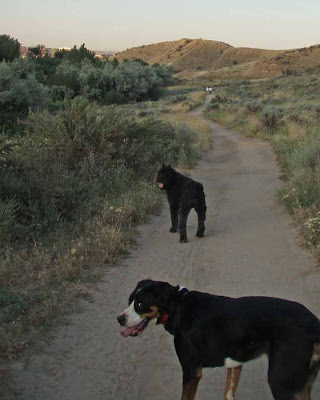 it was a beautiful morning, and everyone was really nice. the loose dog event was a good reminder not to get so discouraged or be judgmental. sometimes things do just happen. 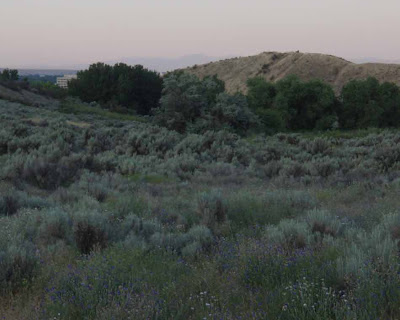 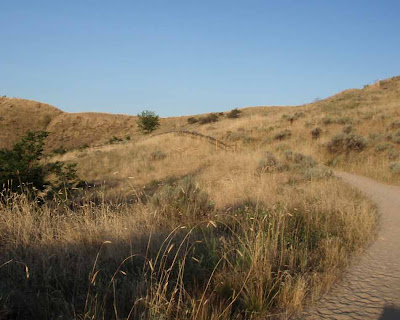 happy trails!
Posted by marianne at 8:07 AM