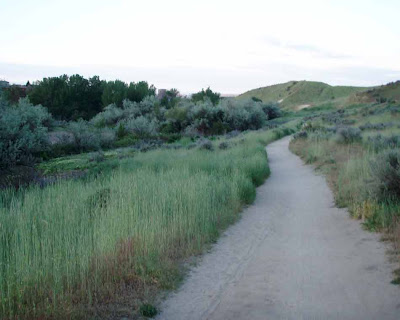 back after a great trip to yellowstone & chico hot springs. beautiful morning & the pups were happy to be out, as much as they enjoy spa boise kennels.
as we got into the reserve near the pond, heard voices & saw 2 loose dogs- in the on leash area- running toward us. i put the dogs in a sit & called "please get your dogs". when it became clear that they were not both returning to their owners, i dropped halle's leash.
one dog kept coming. echo was very good, he sat with me, but i finally said "i'm going to let him go." maya's owner finally got her, at which point i called halle back. owner apologized, said she had the same thing happen to her in the same spot a few days ago, she should have leashed up earlier, etc. so hopefully she will do just that next time.
we actually had a very nice conversation. her friends sure gave me dirty looks when they went by, though. one of whom had the other dog with her.
into the off leash section, where a woman is headed toward us with 2 dogs- one a shepherd mix on the trail with her, one a yellow lab bounding through the sage, not often in sight. so we step off the trail and i call "we'd rather not meet your dogs". at which point, she tries to recall the lab, finally giving up and saying "oscar, you're going to get hurt".
well, no he wasn't, but she really should have better control, because in some other situation maybe he would be hurt. and even though it would be his owner's fault for not having her dog under control, the other dog would be labelled the problem. not fair. oscar did end up staying with her and i just mentioned that i am trying to teach my dogs that they don't need to go up to everyone (hint hint). 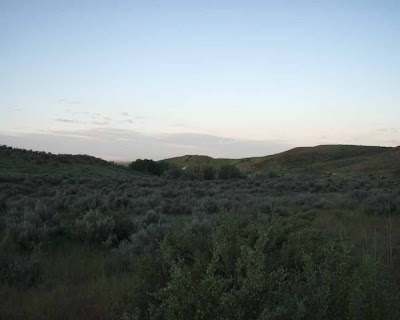 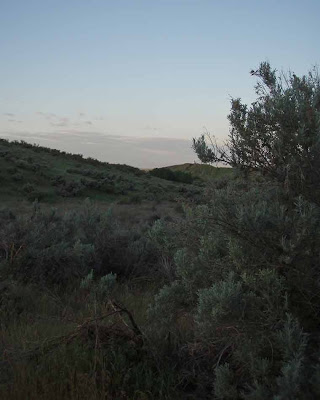 the arrowleaf are still blooming. 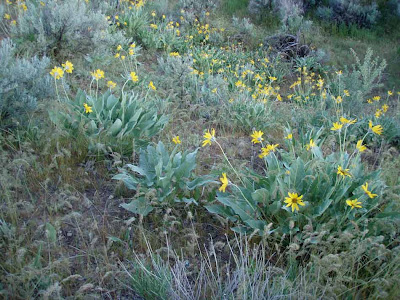 the bachelor buttons are starting. even though these aren't wildflowers or native i still like them. 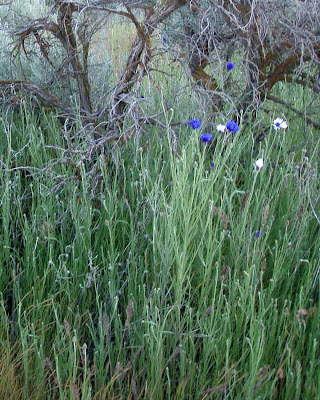 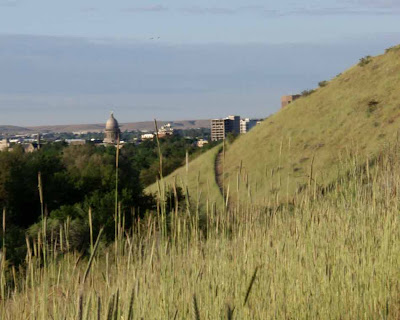 getting busy- 9 with, 7 without, including a group of mt bikers. i have noticed more bike riders & runners making a point of thanking me for calling the dogs. it's much appreciated. 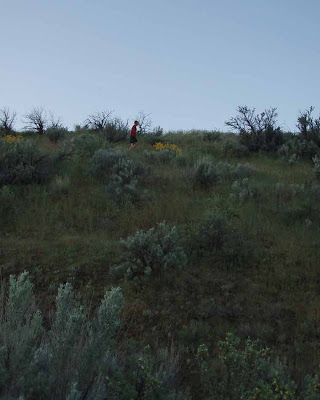