another lovely morning. i will probably have to look this one up in weeds of the west- not finding it in the usual reference books. it's all over right now though. 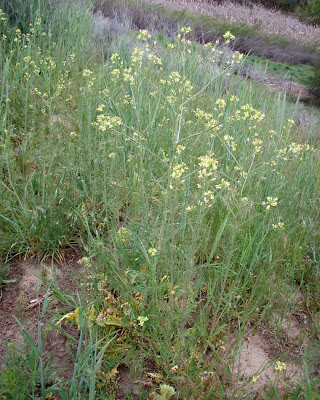 i know what this is, though- white top, a noxious weed. 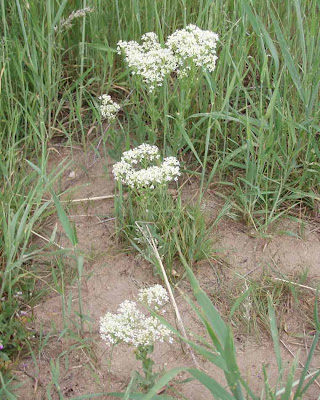 looks like it's growing near the marshy area too. really hard to eradicate. 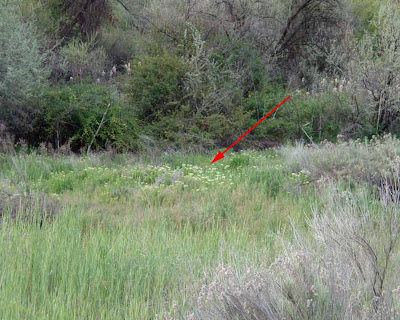 a bit of snow on the owyhees in the distance. 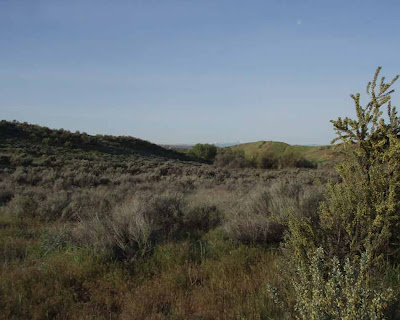 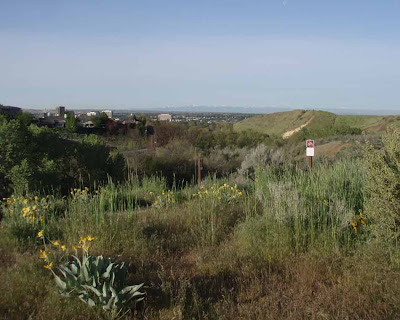 lots of oriole sightings- this one in a russian olive- 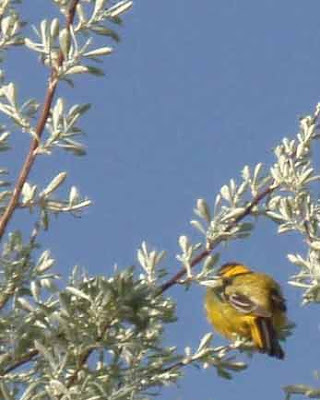 this one in the dead hemlock. 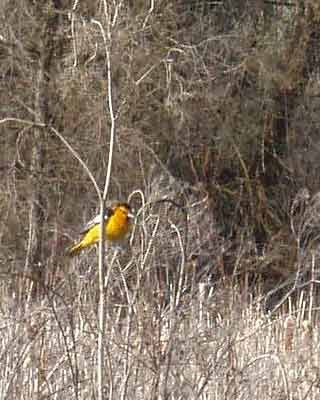 saw lots of meadowlarks as well. and of course the blackbirds.
5 with, 3 without, everyone nice, polite, following rules.
what happened yesterday is that we met a woman with her dogs on leash near the pond. they were at the end of the leash- one was on a flexi. i went way right & kept going with the dogs in a heel. her dog came racing across the path charging us and of course mine took exception. i didn't want to let them go and have a big tangle, so i went down. at which point everyone stopped.
the gal apologized profusely and said "it's that leashed dog thing". i pointed out that's why i had my dogs in a heel. if the leashed dogs are kept at a distance it works a bit better. most dogs don't like being charged much.
anyway- she was really nice, we had a nice chat & hopefully she'll think about it a bit. it's just a good idea to keep dogs close until there's a conversation about doing otherwise.
anyway- happy wednesday!
Posted by marianne at 5:52 PM