corrals this morning, early. we started out around 7:40. things were frozen, but it was pretty clear that folks have been out when it's soft and wet. you can see that this is mud rather than sand, and the trail is getting rutted and pockmarked already. 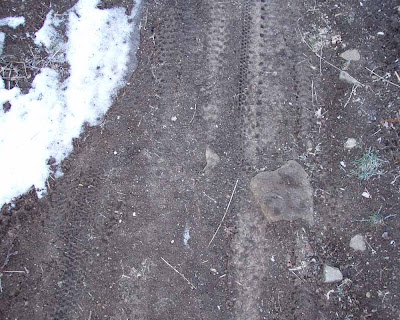 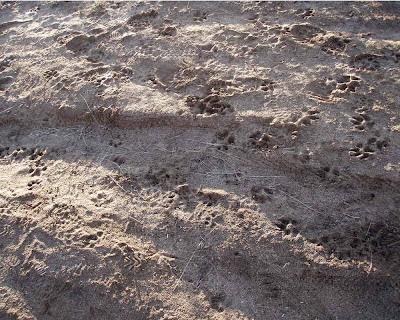 the sun was just coming up when we headed out- it was beautiful. 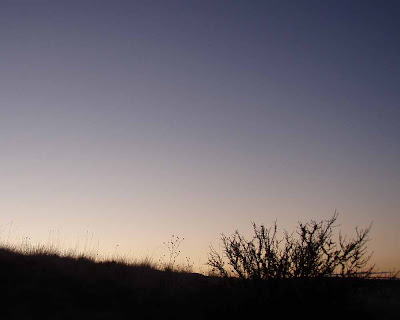 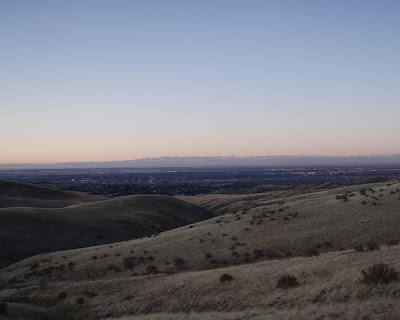 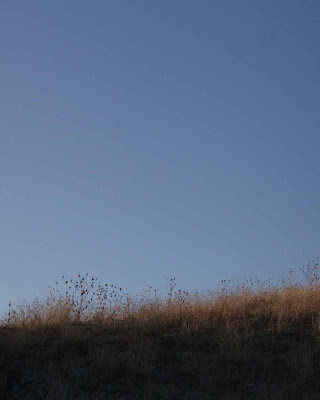 the gates were frozen, so we climbed over the first one, but the dogs couldn't slide around the second so we turned around, backtracked & went up hard guy (had to climb that gate too). got to the bottom of the draw & found water, so we gave up & headed back out. 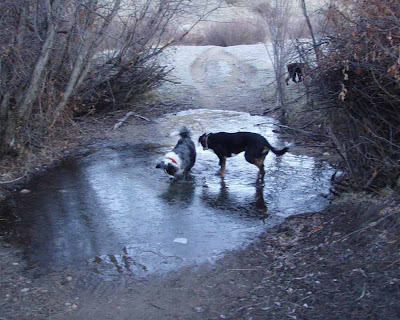 the trail on the north side was icy and will be soft as the day warms up. 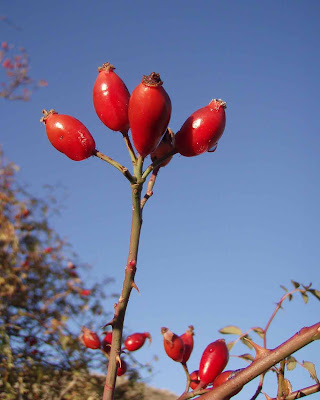 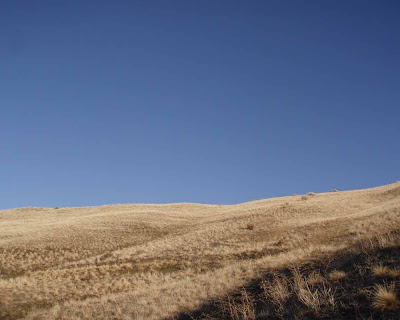 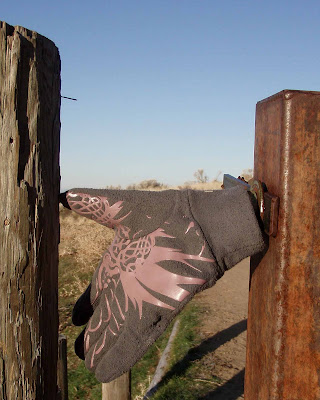 we noticed an opportunity to be good citizens on the way in, so we did some opp patrol on the way out. and there was plenty. what is with people? it just isn't that hard. the trailhead has bags & a trash can. most of this was pretty close to both. 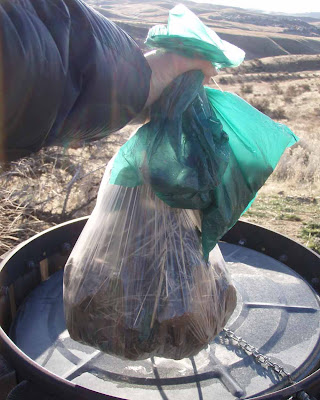 it's an out & back, so it should be pretty damn easy to bag poop up, leave it by the side of the trail (i always leave it on the right side coming back, so i know where to look), pick up on the way out and toss. believe me, it isn't any less disgusting for me to pick up some other dog's leavings than it is for the owner. at least things were frozen this am.
the velopark had some opportunity for tlc too. not sure what it takes to get through to people.
enjoy the rest of the weekend!
Posted by marianne at 5:00 PM

You may be in the minority of those who actually pick up their poop that they bag and then leave on the trail, but I still find the practice no better than littering. Maybe this is my problem, but I can't stand seeing little green bags of poop on the side of the trail, and most that I see have obviously left and forgotten.

I think the practice of leaving the little poop bag for later needs to end. Ridge to Rivers could make this less of a problem by 1) requiring leashes for the first 1/4 mile (or more) of trail and 2) having a trash can at the place where it is legal to remove the leashes. I've always thought this would be an effective way of dealing with the poop issue AND the leash issue. It would keep dogs under control in the places where they are most likely to come in contact with other, high energy dogs (at and near the trailhead), it would keep dogs on leash and close to their owners when they are most likely to poop, and it would provide the owner with an appropriate place to deposit the bag.

Leaving trash on the side of the trail, even if you *intend* to pick it up on your return, is still littering, in my book...

i appreciate your comments. i know other folks who feel the same way. i agree with dogs being leashed in parking lots & at trailheads. my dogs often go well beyond the 1/4 mile distance. my frienda and i pick up any bags we see on the way back to the trailhead, as do many other dog owners i know. not much annoys me more than seeing a green bag that has obviously been left out, but i don't see the harm in leaving a bag to pick up on the way back. i find it incredibly frustrating that ANYONE thinks it's ok to leave trash- be it dog poop, water bottles, power bar or goo wrappers.

What would you think if you saw an empty can, cup, or any other piece of trash that someone had left to pick on the way back. Trash is trash - it does not belong left on the side of the trails - temporarily well intentioned or not. What if some other well intentioned person picked up the bag you left? Have you thought about what that person might be thinking about the person that left it? I, along with others, don't like seeing trash on the trails. It is litter, plain and simple, and people should carry it until they find an appropriate place to leave it.

I applaud your efforts to clean up after people - thank you. But I think you are setting a double standard and a bad example by leaving a poop bag on the side of the trail, even if you fully intend to pick it up on the way back.

Please, think of what other, non-dog owners (or anyone else for that matter), might think when they see that bag. I think it reflects poorly on dog owners in general as lazy people not willing to clean up after their dogs and is a habit that needs to be treated just like not picking up your dog's poop.

I'm a dog owner and would prefer to not have to carry a bag of crap on my walks, but its part of the responsibility. I'd prefer more not to have to see poop bags left on the side if every trail in the lower foothills...

again, i appreciate your comments and your right to your opinion. we will agree to disagree on this one.