tho it's been rainy, i figured that the lower trails would be sandy enough. check the shoes, looks ok. 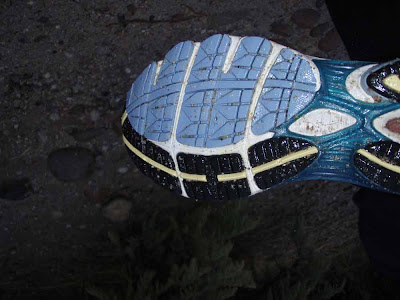 the sage smelled great, like always during or just after a rain. another big bonus was that there was no one else out. just me & the dogs in the rain. very nice.

as we headed down red fox i saw what i thought was a dog head into the bushes. as we passed the area & there was no sign of a dog, i decided it must have been a fox or coyote. dog would have come out to greet us. good reminder that there is often wildlife right off the trail that may not be visible. good reason to keep an eye on dags and have them under control.

even if one chooses to ignore the damage done to wildlife from being chased by dogs, how do people not worry about their pets- about them coming back, or chasing an animal across a street or into some other bad situation? there is just nothing about that behavior that's ok. and if an owner can't keep a dog from chasing, they should be leashed. period. 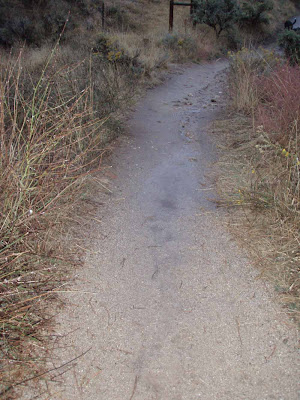 starting up chickadee, where it is more mud & less sand, someone had done some slip sliding, a good reminder of how different the soil can be in just a short stretch. 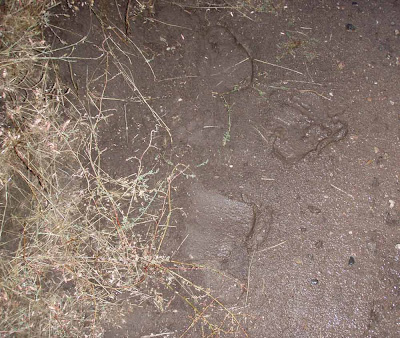 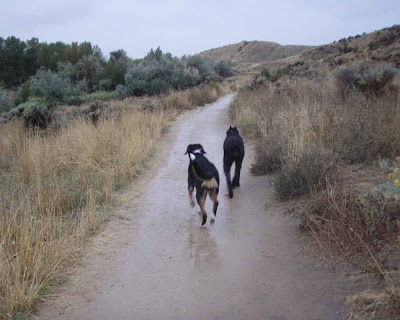 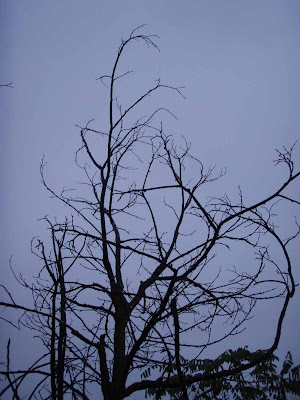 have a great week- happy trails!
Posted by marianne at 9:28 PM