the sky was the star this morning- beautiful, dramatic clouds.... 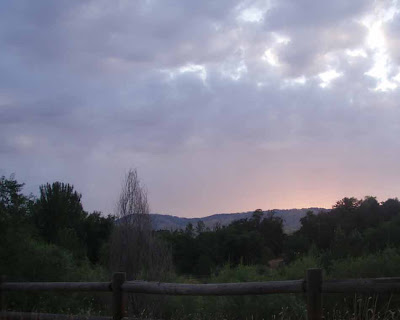 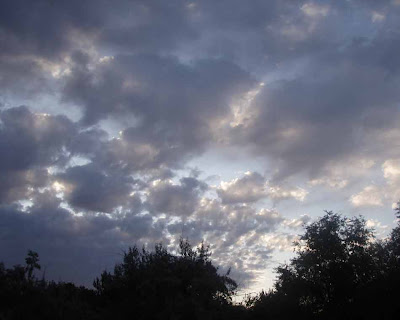 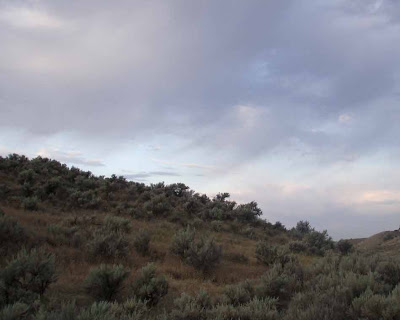 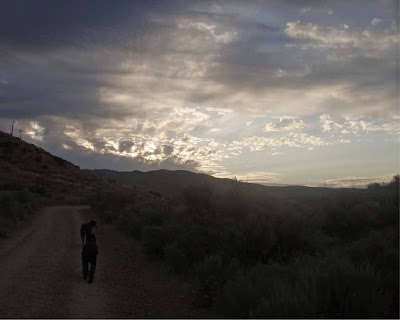 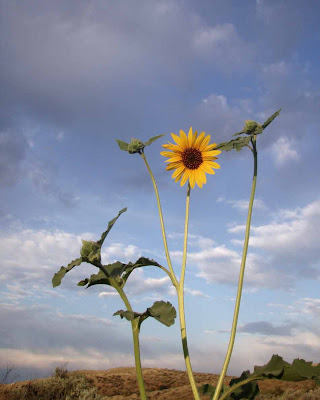 15 w/o dogs- lots of bikes again- a 6 with. most polite & following the rules.
we were there later than usual and ran into princess the sharpei & her owner, who bikes with her. we've had experiences with them before, so we got well off the trail behind a sagebrush- and still had to ask the owner to get his dog. who did not respond immediately. so i let halle go say hi and we caused a traffic jam for 2 women who were running.
i don't know what people think when they see someone get their dogs well off the trail. it would seem to me that you'd figure out it was an avoidance maneuver. and maybe not b/c they're afraid of your dog. tho in reality that's usually it- defensive driving, concern about a dog that appears to be uncontrolled. 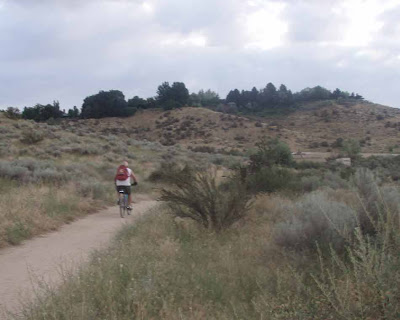 anyway- no harm, other than i hated to make the runners go around us. and things are vastly improved from last year on this score. i just find it confusing....
all other dog owners were great about not letting dogs, leashed or otherwise, lunge or approach. 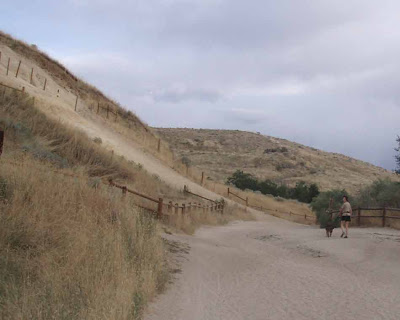 camel's back at 7:40. no children spied on trails or in park. 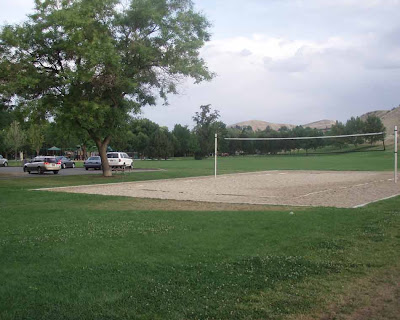 happy trails!
Posted by marianne at 11:46 AM

you consistently observe that there are no children in the park during the time where you are there, usually early mornings. Do you ever go there at ANY other time? Generally, from mid-morning on the play area is filled with kids. I often see a few kids there as early as 8 or 8:30 AM. Mid-morning is also when camp/school groups begin to be use the trails around the nature center. You seem to want to imply that children are not an issue in the dog leash rule world, but you have selective vision.