beautiful morning. it was great to be out again! dogs had a nice romp and i was so so happy to be 1) able to walk and 2) in the foothills again. 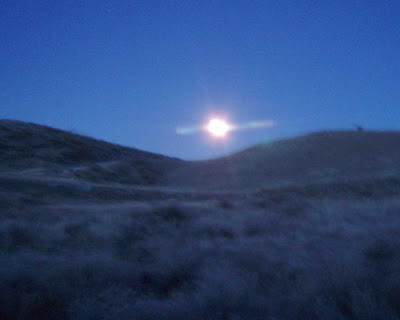 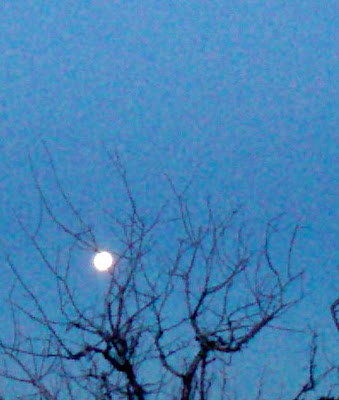 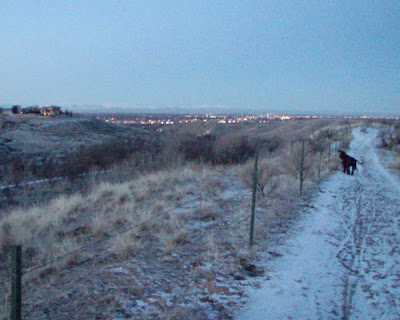 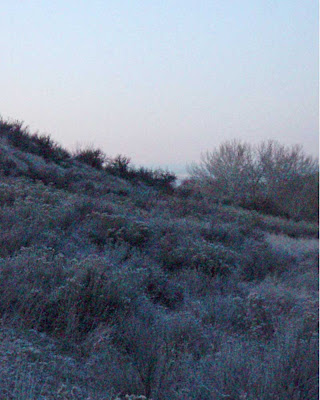 things were still frozen when we were out. this is how the trails around the pond look. there was a r2r employee out with sand when we were on our way out. 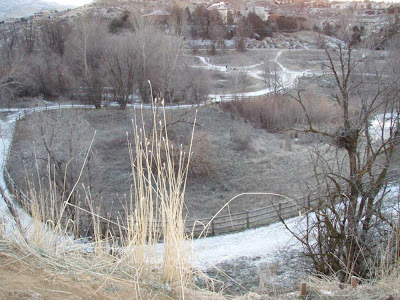 most of red fox is pretty dry, and looks pretty good. the soil is sandy enough that when it thaws and drys out it doesn't hold ruts. it is showing signs of widening, though, where people went off trail to avoid ice or muck. 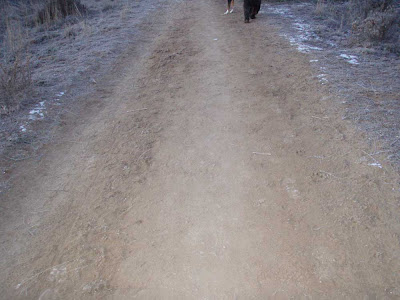 chickadee is not in such good shape. again, frozen when we were on it this morning. the soil here is not as sandy and will hold these impressions for a long time, making it jarring to run and bike on. 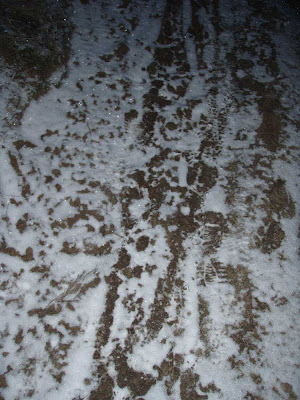 in this photo, you can see tracks and trail widening. 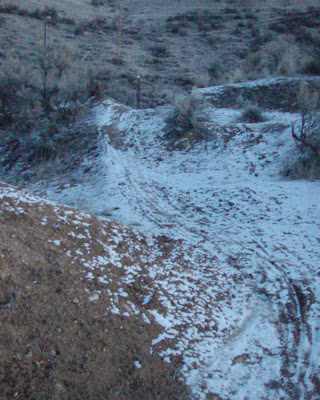 this is the area coming up from the ponds. this soil may be sandy enough to smooth out, i don't know. what i do know is that anyone leaving divots like this should be able to figure out that maybe it's not a good day to be on the trail. if there is mud sticking to your foot, bike, dog's paws it's a good idea to find another place to recreate. 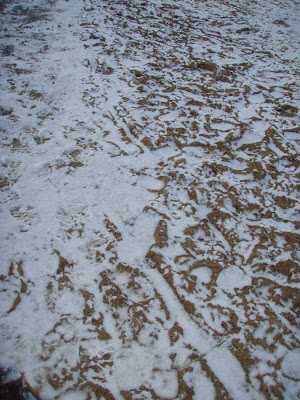 2 runners/groups of without dogs; 4 of us with dogs- one with an off leash dog in an on leash area, others good.
we had the first user group meeting last night and the thing we all agreed on is that our biggest issues come from rude people in any user group who do not understand that their trail experience isn't more important than anyone else's. more on that later.
fcac before council at 4:50 this afternoon in work session. more on that later too-
have a great day!
Posted by marianne at 8:51 AM