oh what a beautiful morning!

headed up 8th street this morning. the road is now closed at the lower gate. 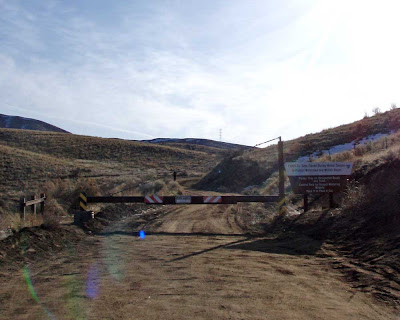 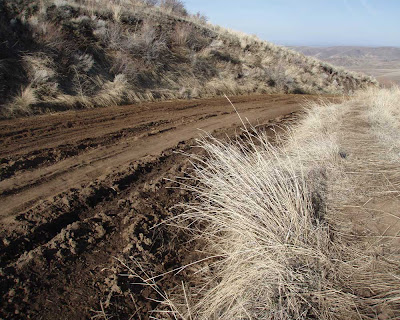 one thing that came out of the all user group meeting a few weeks ago was that, even if dog owners are planning on picking up bags, some people just hate seeing them by the side of the trail. 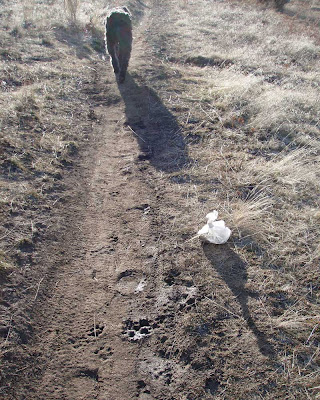 probably the best plan is for us all to help each other out and pick up and carry out whatever bags we spy at trailside. another thing that works for me is to carry a big ziplock- then i can double bag and it doesn't smell too bad. of course, the dog packs are good too..... (again double bagged)
we went down trail 1- haven't been there for a while. parts of the trails are sandy and in ok shape (other than the widening- must have been ice in the trail at some point) 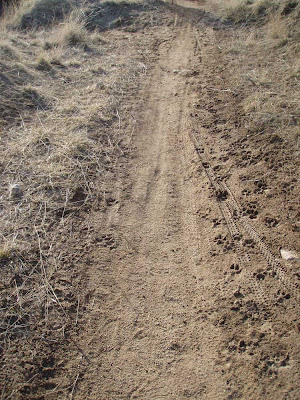 but then there's a stretch that looks like this- 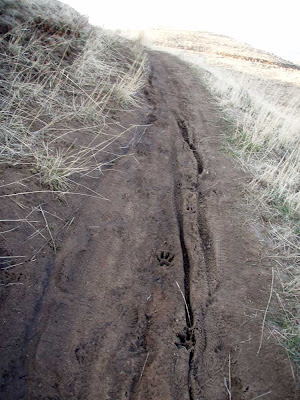 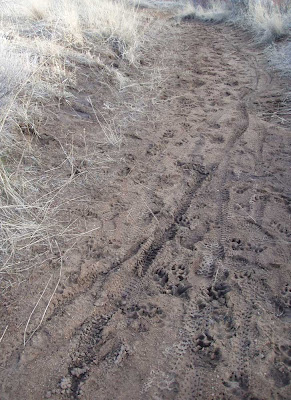 things were frozen when we were up this morning, and most of the trail is pretty dry, but there were some spots that had the potential to get goopy.

the trail has seen some traffic, and there were a fair amount of people out this morning- 3 other walkers with dogs (one on the trail, 2 on the road); 2 groups of runners. didn't run into any bikes, which is unusual for me on this trail.

it was a beautiful morning- 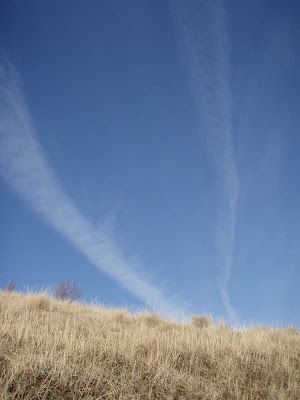 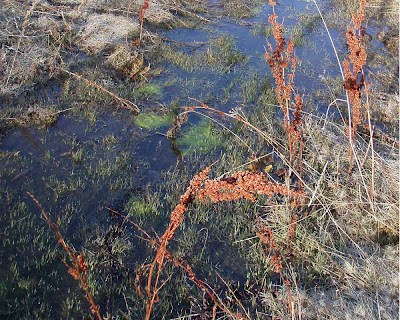 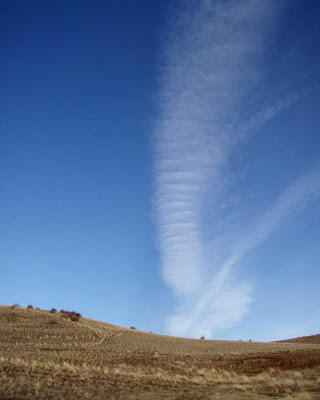 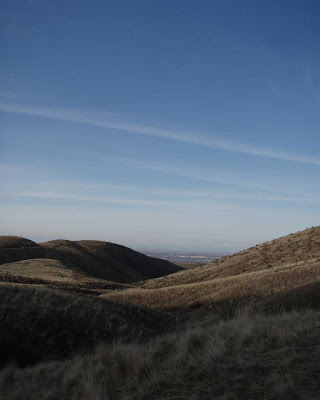 the dogs had a great romp, and managed to sample some trail goodies. let's hope halle doesn't end up with giardia (or whatever it was!) again!
have a great weekend!
Posted by marianne at 3:49 PM